What! There is no train from Slovenia to Italy? 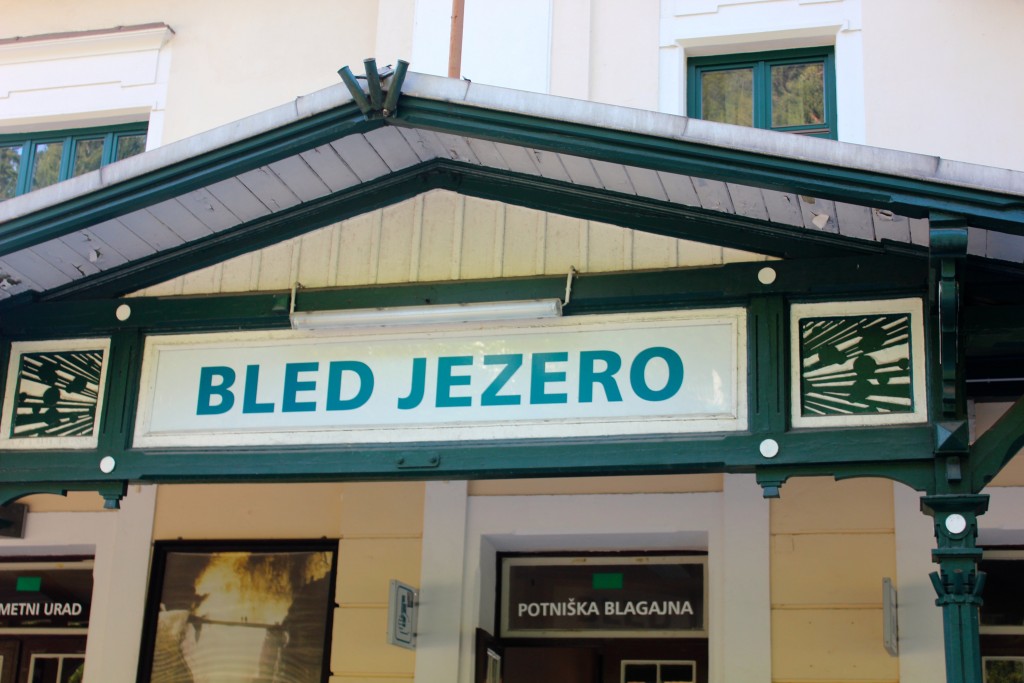 As we were planning our trip into Slovenia and Italy, we kinda took for granted that well, there will be a train we can catch to Italy. Worse case we have to go back to the capital of Slovenia, Ljubljana and catch the train to Italy there. WELL! We were in for a surprise when we read an article from Seat 61 indicating that the trains don’t cross the boarders between these 2 countries. Well, this is great! How are we going to get to Italy now? This is how to train from Lake Bled to Venice. 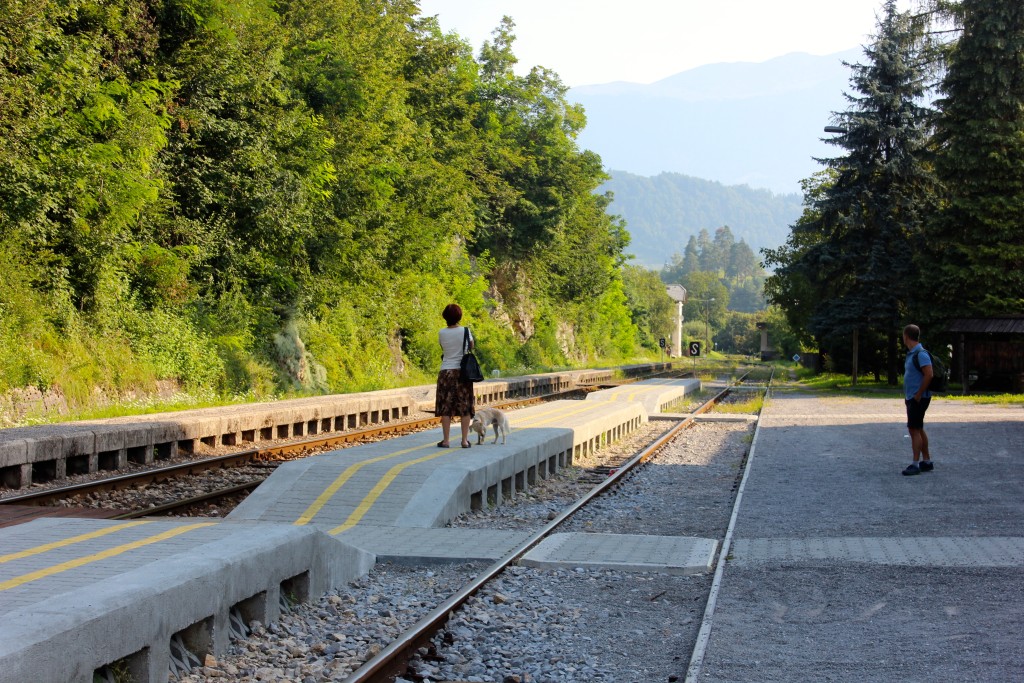 We soon found some brief directions of what train to catch, when to get off (cause the train doesn’t just go to the boarder and back), then to walk across the boarder (So we are picturing the American/Canadian boarder crossing), catch the local bus down to the Italian train station. Sounds simple right? Or we might get lost and end up in another part of Slovenia or another country, not that we would complain. 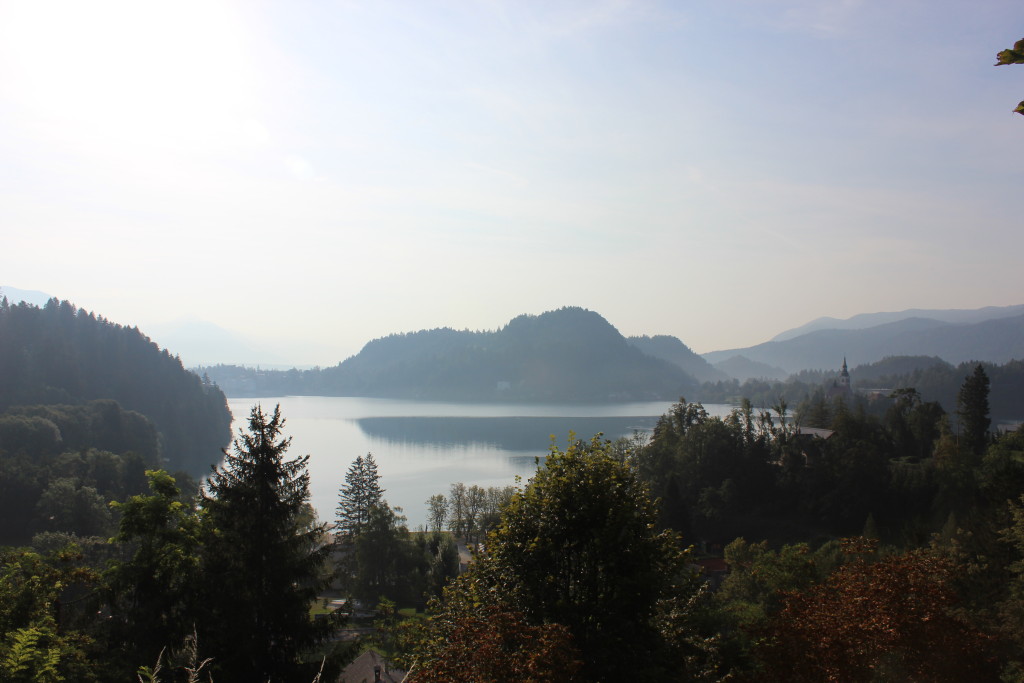 So we get up bright and early, cause the train we need leaves at 6:30 and we had to walk around the lake to the other train station to catch it. We purchased our train tickets and sat down to enjoyed our last cappuccino and the view of the Lake Bled. We headed from Bled Jezero train station on the old Slovenian train to Nova Gorica, nothing fancy about this train just the experience of traveling on the old train through the huge Julian Alps on a beautiful monday morning. 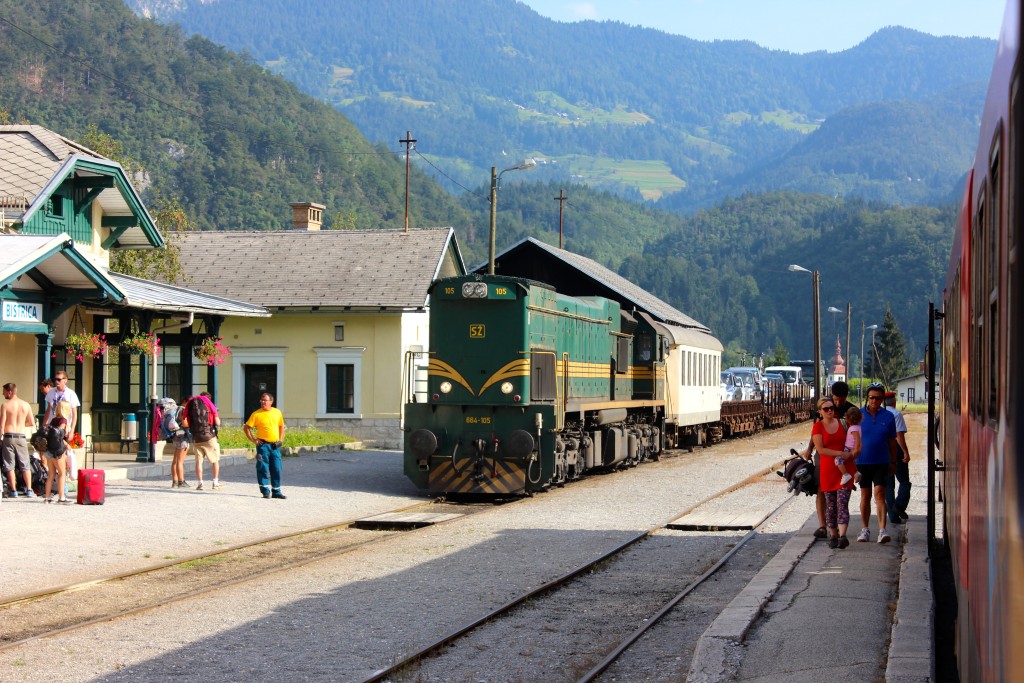 Somewhere in the Julian Alps 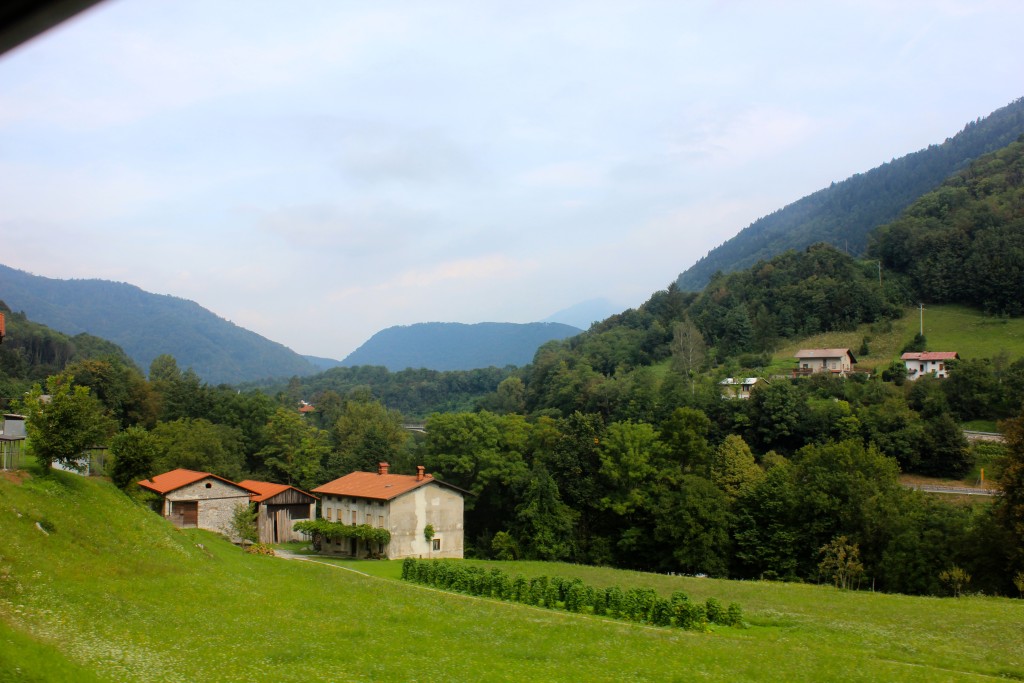 The view of the train

The train had a few stops along the way, before we got to the boarder. Once we arrived at Nova Gorica, and not really sure where we are or where to go next, we sat down on the patio to have a beer just to catch up and watch people go by. After sitting on the patio for a few minutes we realized we were looking right at the boarder. We pictured the big bad boarder crossings between Canada and the USA. Here, just a small brick wall ran through the train separating Slovenia from Italy, JUST LIKE THAT! We also realized that the bus we were looking for came by on the street in Italy, every 20 minutes or so. Now we have our game plan, put the timer on the watch, and finish one more beer.. 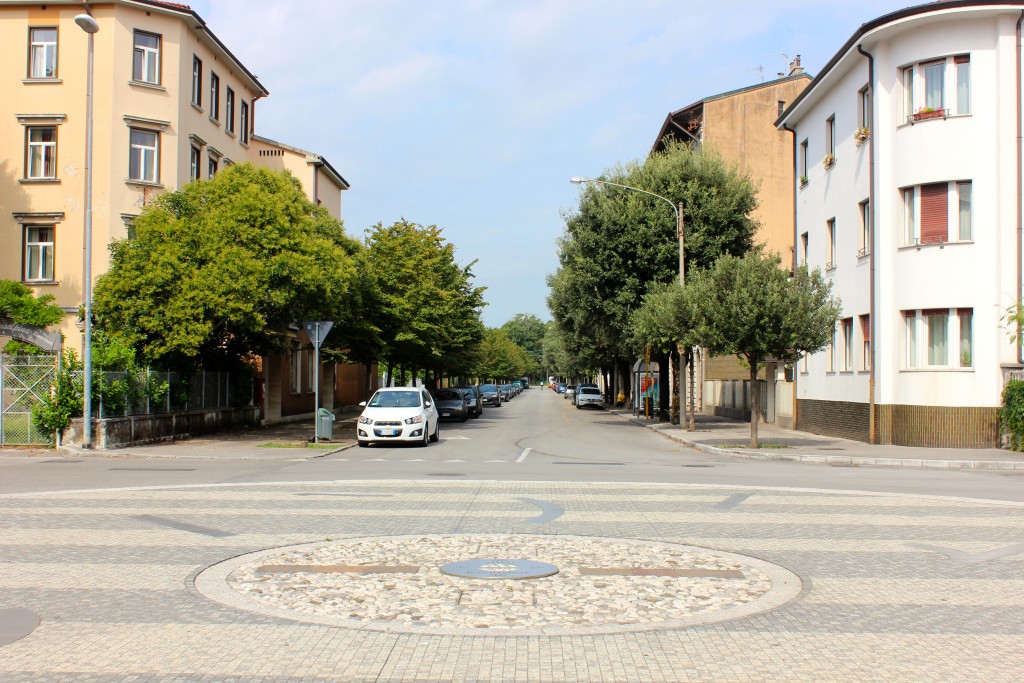 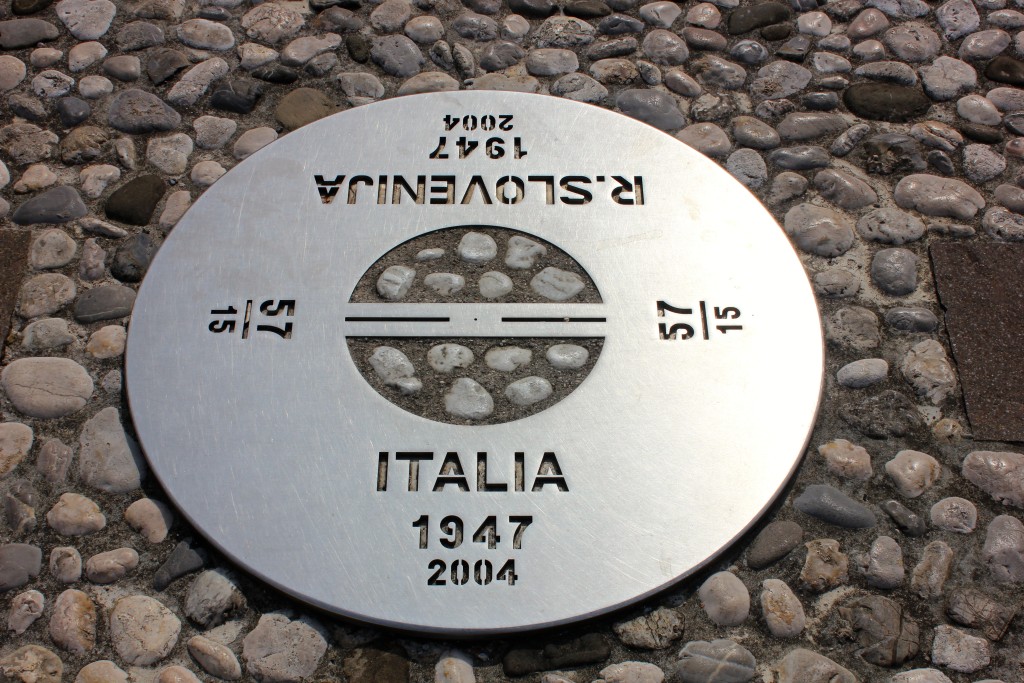 The boarder between Slovenia and Italy.

We picked up our packs, and walked across the boarder. That simple! We crossed into Italy, and then back into Slovenia a couple of times. “Oh, yes. I went to Italy 3 times today!” Anyways, we waited for the bus to come around. We jumped on, not realizing they don’t sell the tickets on the bus. No big deal, we drive to the end of the block to the convince store to purchase our bus tickets, and pick up a magnet. With in 10 minutes we were at the Gorizia train station. Purchased yet another ticket that day, jumped on the nicely air condition train and rocketed towards Venice, Italy. 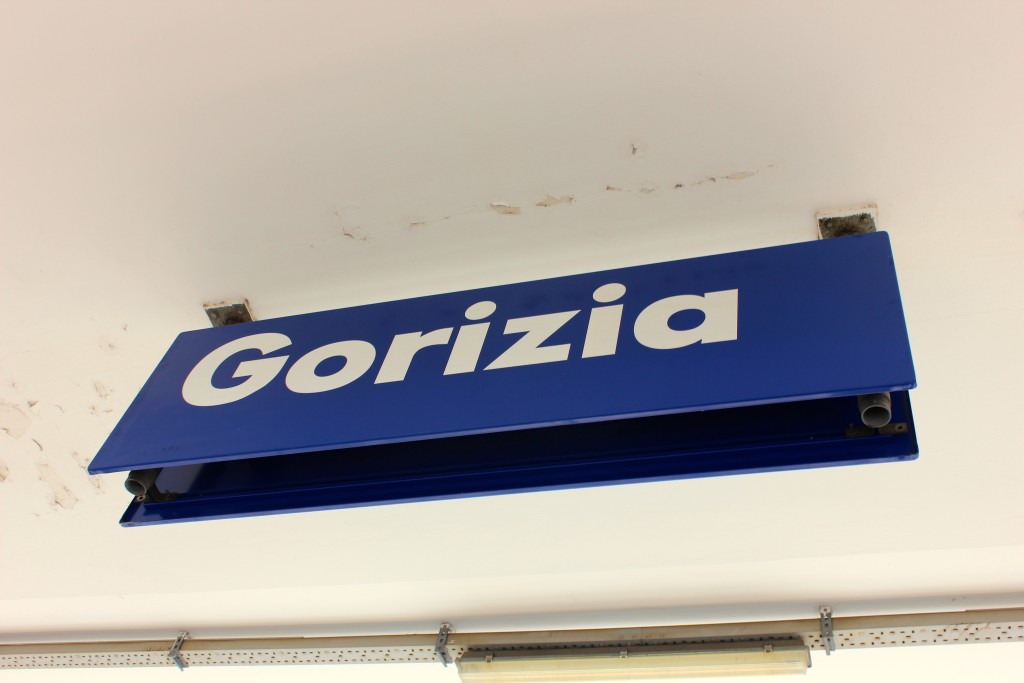 Traveling by train from Slovenia is much easier and simpler then it sounds, and is actually a lot of fun passing through some of the towns along the way that you normally would not of stopped at. 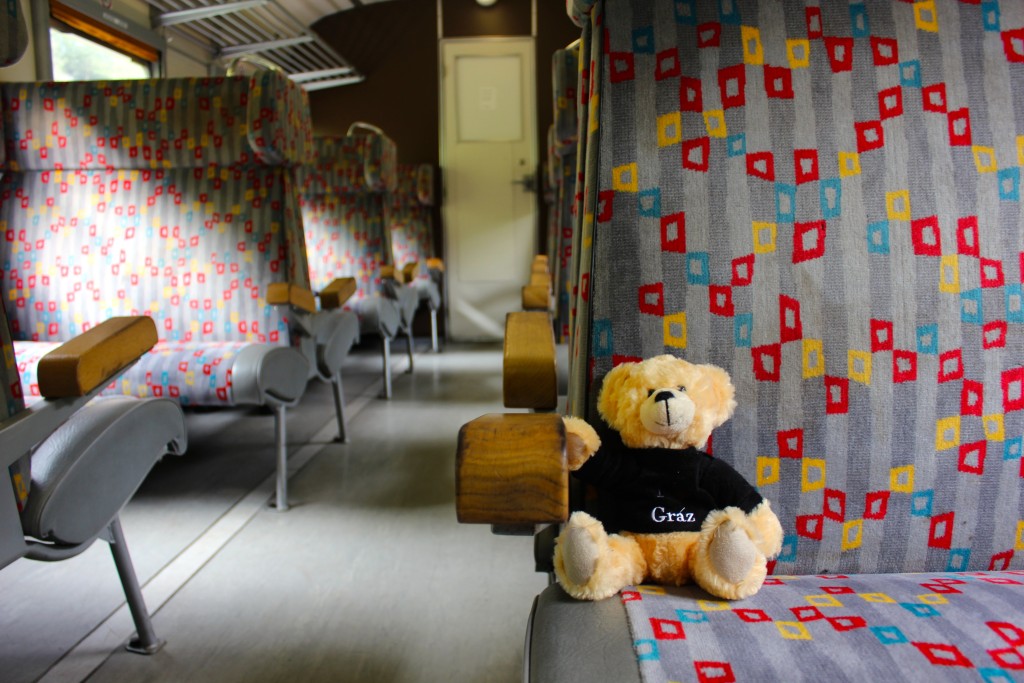 Graz On The Train

This is how we traveled by train from Lake Bled to Venice, Italy. Check out Travel Tips for Venice.