ROTTERDAM – Half Way To Amsterdam 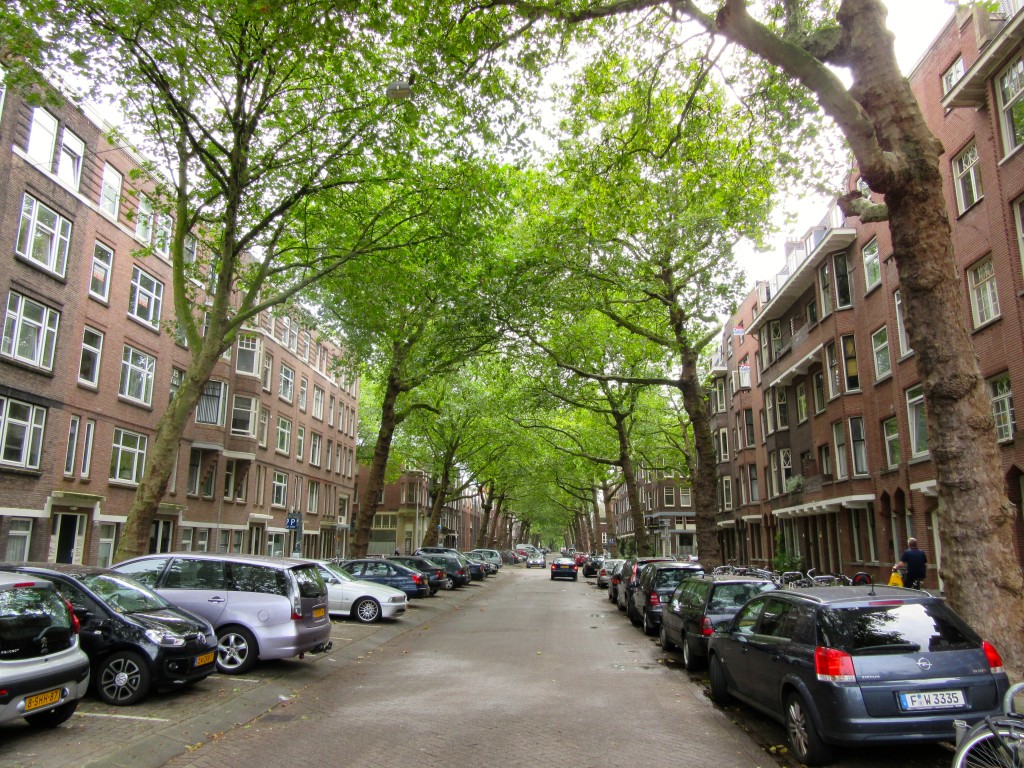 We chose to travel to Rotterdam, Netherlands because it’s the half way point between the beautiful Bruges, Belgium and Amsterdam, Netherlands with the train(s) traveling right through this city. So instead of passing by this place and traveling big city to another big touristy city, we picked a couple of smaller places to stop at in between. This city got picked just by looking at the map back in Canada. Gotta say, Rotterdam grew on us. A simple and pleasantly surprised with a very Dutch culture to enjoy here with a variety of young and old here. 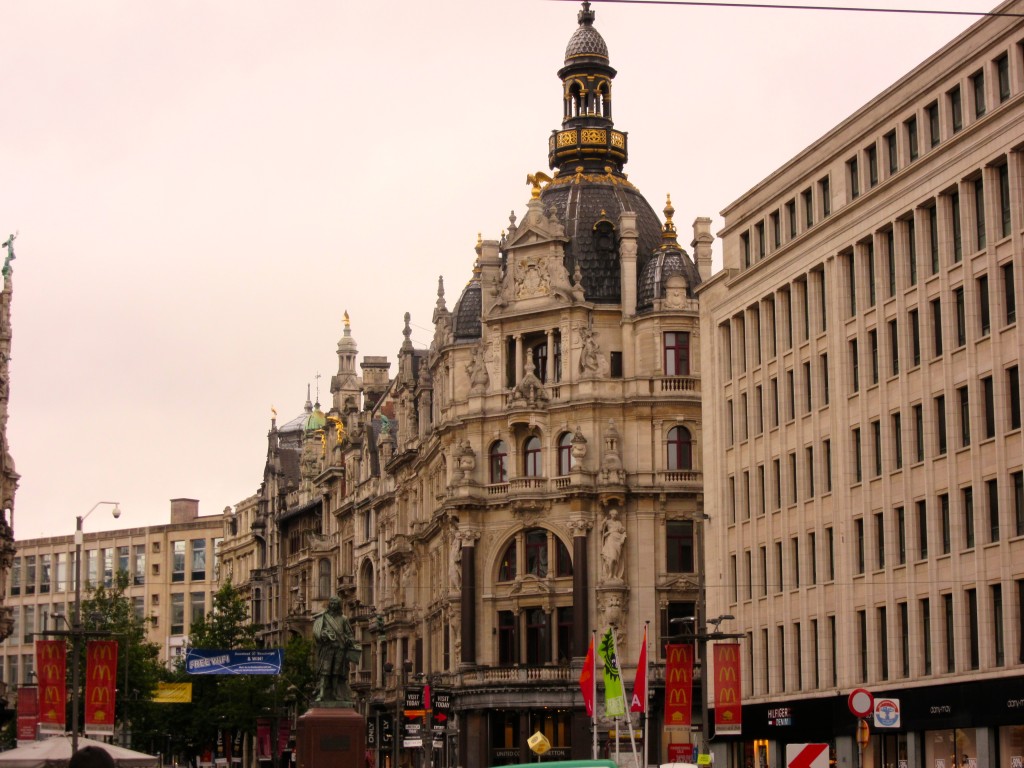 We travelled from Bruges on the train InterCity to Rotterdam, which was about a 4 hour journey and 3 train changes later. It was a saturday, and the usual 1 change we were hoping to catch doesn’t travel on the weekends, we now know that for the next train bookings on weekends! We took a quick stop in Antwerp, Belgium where we had to change one of the trains, our ticket allowed us to catch any train of the day. So we hoped off to find some lunch, stretch our legs, and a quick look at the city.

When we talked to a local back in Bruges, we were told it’s the fashion city. Very true, many different types and styles, and from what we could see many stores, down every street. With only an hour between trains we caught the next train. 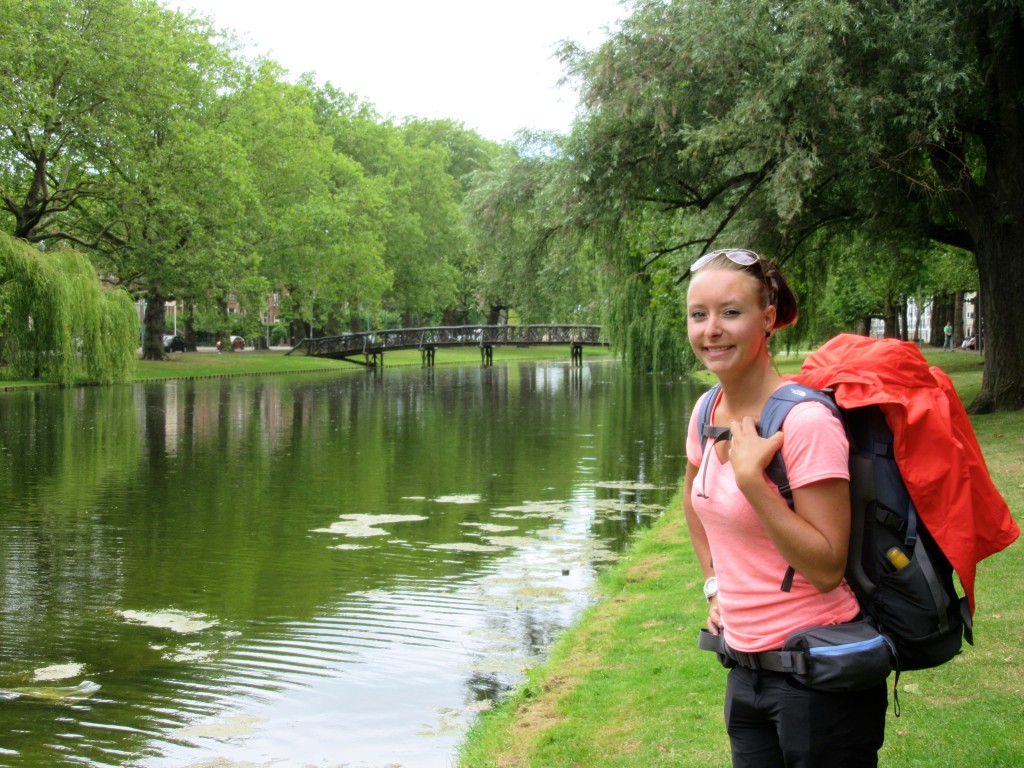 Upon arriving in Rotterdam, we were a pleasantly surprise by the city. Much less people and tourists rushing about, we did preplan our directions to the hotel which is handy when you have no internet connection when you need it the most. Our hotel was a fair distance away, yet walk-able (by our standers). With our amazing luck, we can almost see our hotel and getting reasonably close we had begin to walk into a huge wind storm, followed by some spitting rain. If you have ever been in Europe you know what is coming next, a monsoon of rain. Sure enough, that spitting turned into something more, and our rain jackets were packed away, and no rain covers on our backpacks. We had spotted a local pub with an open door, and that’s where we found dryness until the rain let up. The nice thing here in Europe is the quick windy rain storms only last an hour or less, so it’s easy to find shelter enjoy a beer and maybe even a quick bite sometimes, and best of it all, usually in a place you might not normally stop at. 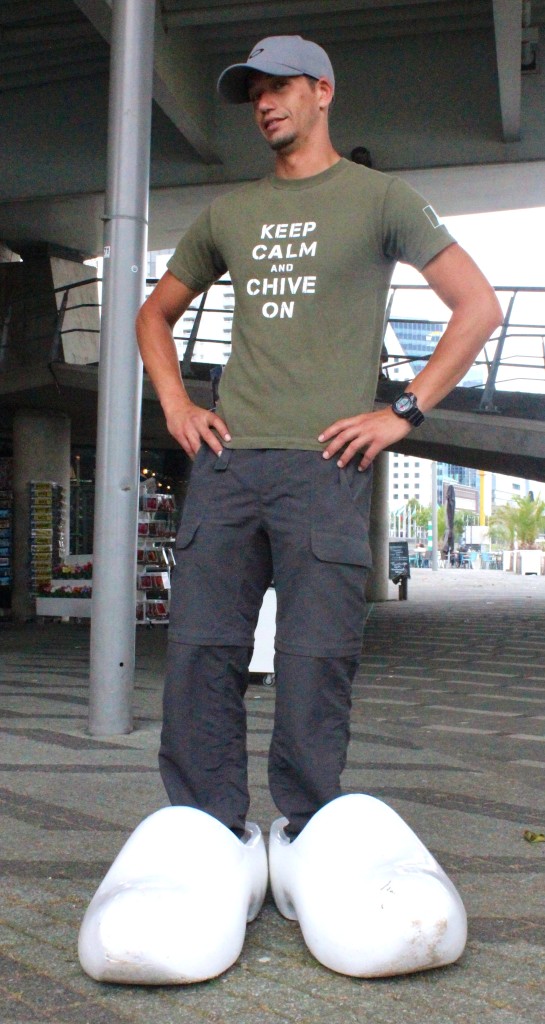 We found our hotel, with a great Italian owner making a huge effort to make the hotel a better and safer place. For us it was a bit of an eye opener. First of all, we did pre-book it on Booking.com, and know the toilet was “shared”. Ok, thats fine. Just gotta remember to use it before bed time.
The shower is in our room, (Oh, Great this will be nice!) Well our shower was small, with no shower curtain. And the towels that were included in our room were small hand towels that are old and worn out! Didn’t think we would use our small quick drying towels, but very happy we packed them. Our room wasn’t fancy at all, just 2 lights, double bed, 2 night stands, 2 lights, sink and shower, it did offer a nice street view of the canal in front, that was a bonus.
We only spent 2 nights here, and ventured around the city as much as possible. We found the harp shaped Erasmusbrug architectural bridge over the largest harbour in Europe. There is much to do and see in this city, we only just seen a few items with what time allowed us to see.
The cost of visiting Rotterdam is affordable and very reasonable when traveling on a budget, but also a nice way to enjoy the Dutch culture and get a true feeling. A very different feeling then the sister city of Amsterdam of the extremely busy tourist city during the summer months, or for the most part anyways. We visited Rotterdam in early July summer of 2014. 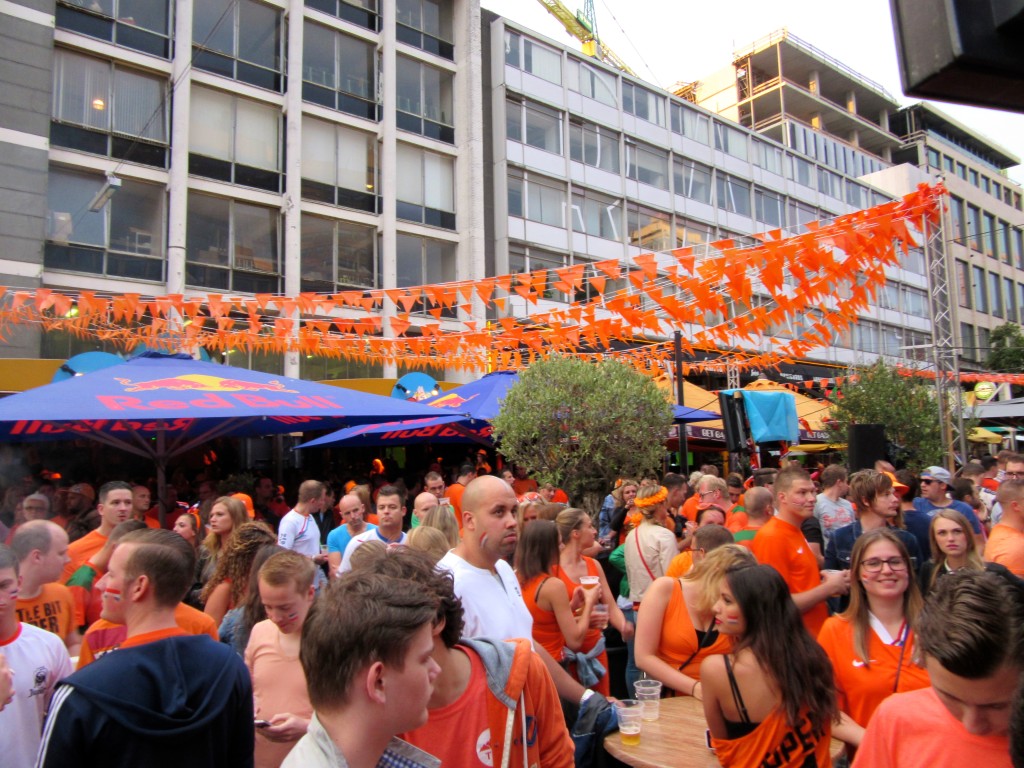 We were lucky enough to be in the Netherlands when they were playing in the FIFA World Cup 2014. We ask the locals “where to be” for the game, and to experience what it’s like to see a soccer game on the big screen or football game (depending on the country you are in). We got some hand written directions only because the street names are in dutch, and soon enough we did find what we were looking for.

We discovered that they are very patriotic towards their team, and proud to have them in the quarter final. We didn’t stay long, as most announcements were in the Dutch language, and the area we were in was becoming very busy. We did have a feeling of safety, because the Police were picking out random people walking by and searching them, and checking ID. We checked the game score the following morning to find out that the Netherlands had won that game against Costa Rica.

From Rotterdam we travelled again by train, in early morning to Amsterdam which was only a simple direct 2 hour train ride. Once was an overwhelming to think about train stations, we are now getting the hang of the trains and feeling confident in selecting, and finding routes and platforms. Check out the Amsterdam Blog. Or need tips for how to pack for a trip to Europe? Check this out.