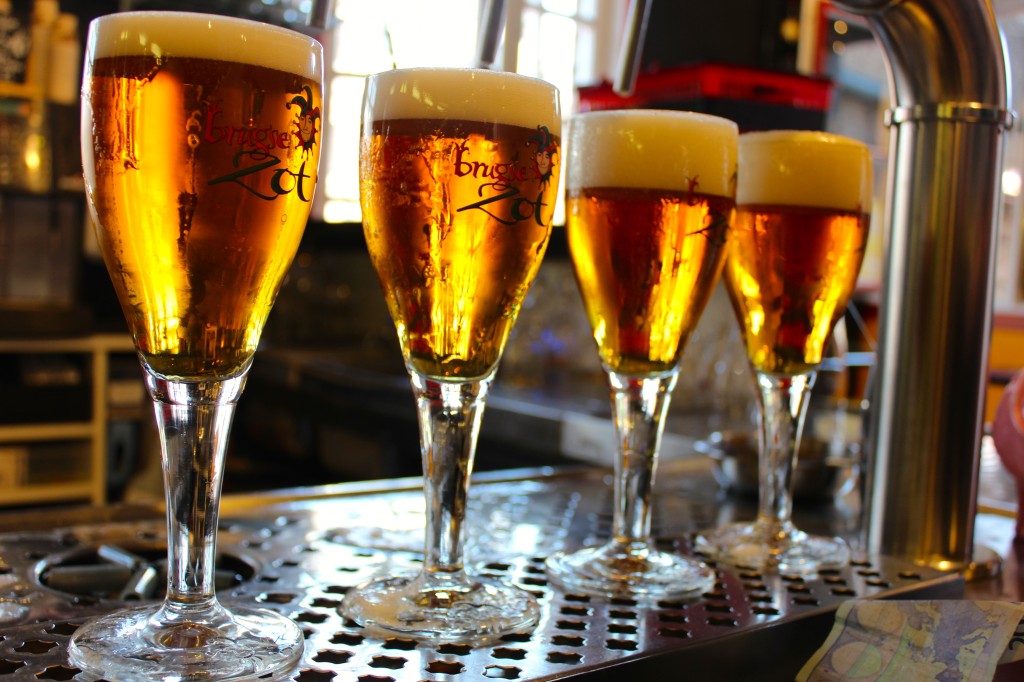 A quick flight from Gatwick airport we were in beautiful Bruges Belgium just like that, the short flights in and around Europe are just amazing short and cheap to travel. The flight to Belgium was about 40 minutes of airtime. The flight was pre-booked about 3 months in advance by our British friends, and a big thanks to them! If you haven’t already checked out our Brighton Blog, and find out about our first stop in Europe. From the very busy and culture filled airport we got to the train station and bought our tickets. After talking to the ticket agent, we realized that a train change had to me made to get to Bruges. Thank god we booked with the agent cause we would not have know about the changing of the trains needed, or what station to do that at! So the very nice agents printed off the needed details to help us successfully get to Bruges! 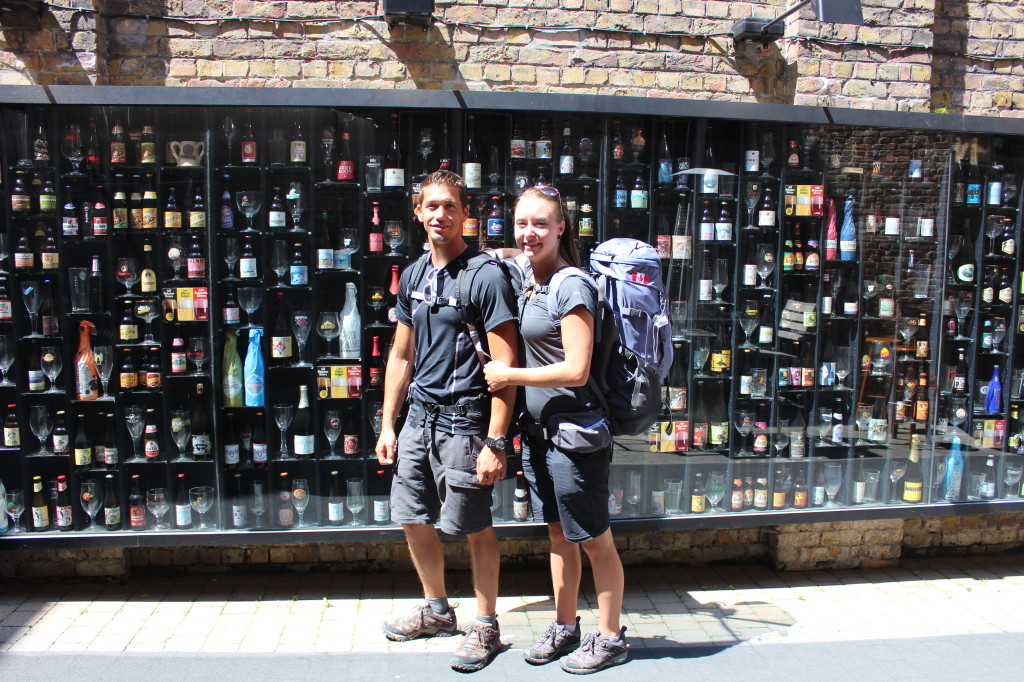 Once in Bruges, we picked up a map and started walking to our hotel for the next few days. Once again, a very unique city with neat little streets and beautiful canals. We ventured around to find the city centres and check out the sights. We found a great location, The Beer Wall! With over 400 different beers to try at this location, and Belgium offers over 900 different types of beers. As we are avid Canadians who enjoy their beers, we were excited to see that amazing selections, and had to try the Beer tasting menu. 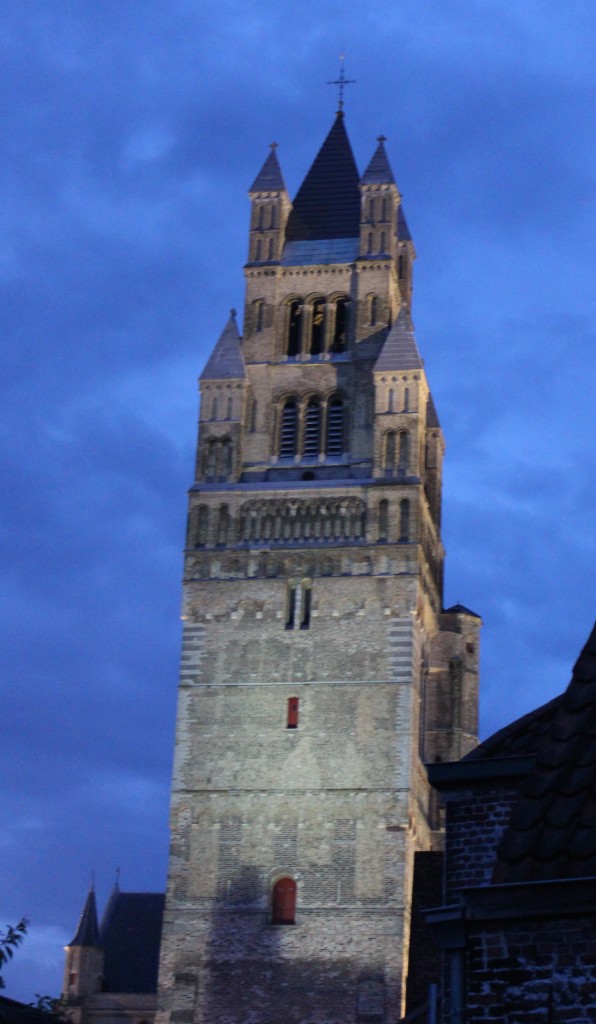 The Beer Wall offered 4 different taste testing beers on a tray. Starting from least amount of alcohol content, to the strongest. 1st Kriek Boom 4%, which was a very fruity beer with the sweet yet sour taste, tasted more like a wine then a beer. 2nd Brugge Wit (Chosen as Europe’s Best Wheat Beer at WBA 2011) a wheat beer with 40% unmalted and 60% malt. 3rd Brugse Zot 6%, one of the common draft beers at most locations, is also the only Intra-Murus family brewery of Bruges. 4th Gouden Carolus 8.5% was a very dark beer, and was voted the best dark beer in the world by World Beers Awards in 2012. Our personal favourite was the Zot, also was served in a good looking glass too.

Other then just beer talk in Belgium, it was also where the stalk market first started. 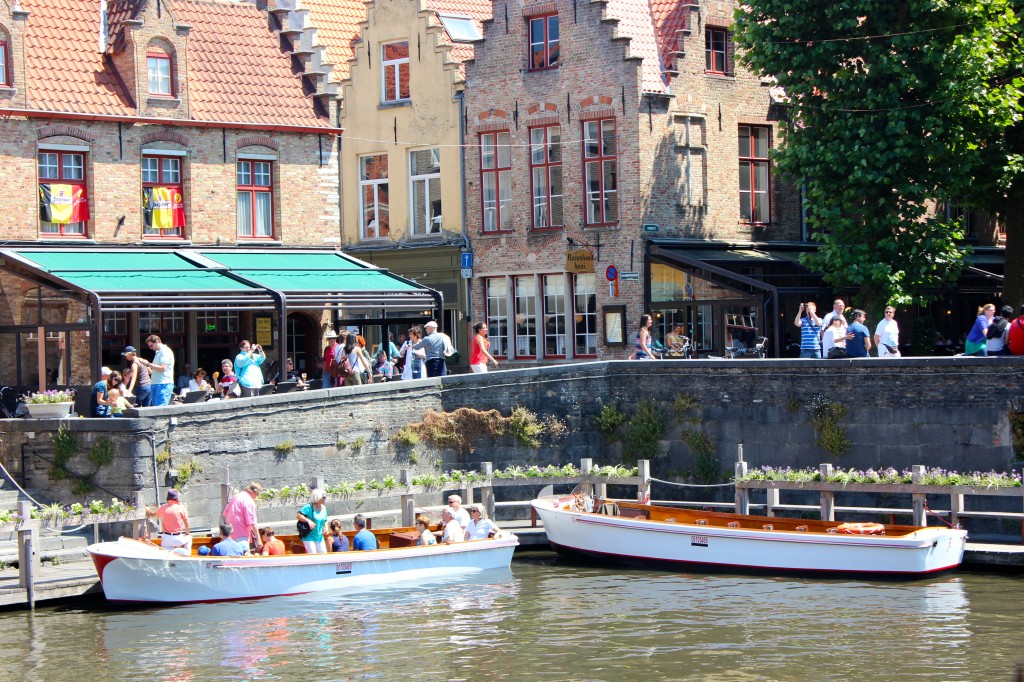 One method to see much of the city is the boat tours, a quick 30 minutes and a very informative boat captain in almost any language you ask for, and to share the history of the city with you,  The canal tour will also show a couple more things then you would just see then just walking around on the street. 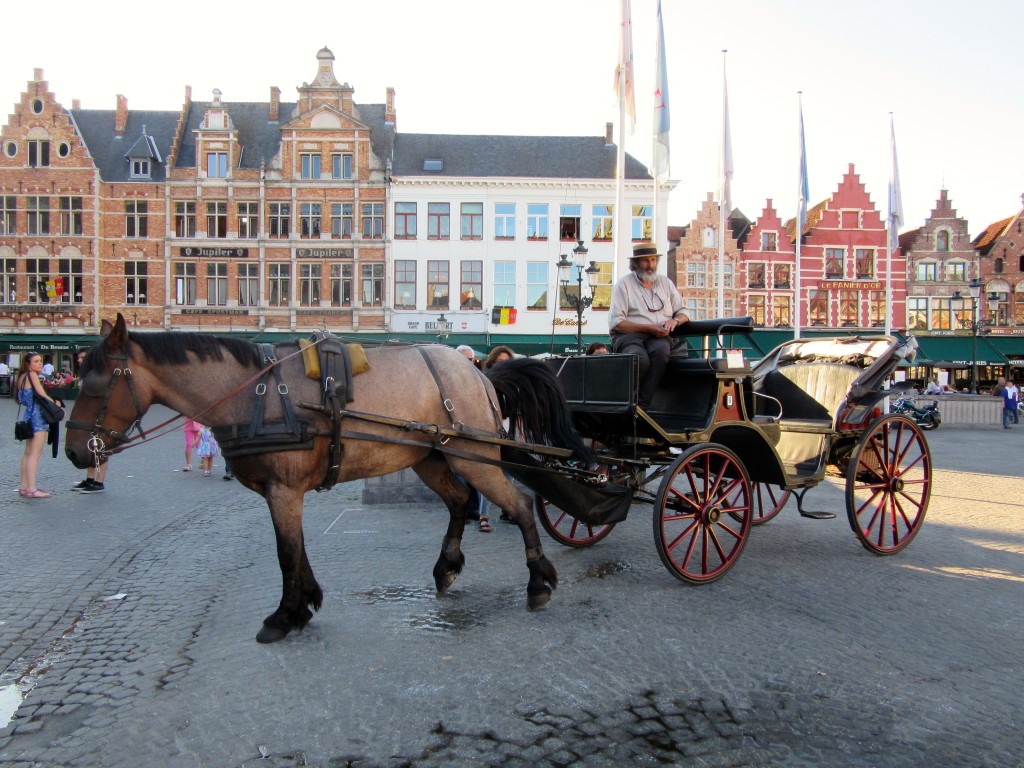 While in the centre square where everything takes place, we jumped on the horse buggy to explore the city. This was done the first night in Bruges as we where wanting to cover some ground, and get the lay of the city for the next day. While we picked our buggy, we soon discovered that our buggy driver had a very thick accent, and harlious!! While we were out on our tour, he was happy to point out many of the highlights in the city and popular buildings. Best part was the tricks he was pulling on the tourists as we passed. While we were trotting along, he would say something quickly and point at the ground, and everyone would look. Kinda like they dropped something, or he would point at the tops of roofs, and get everyone to look. No one could ever figure out what he was pointing at, but they would keep looking and looking. Quite funny while riding in the buggy to see this. 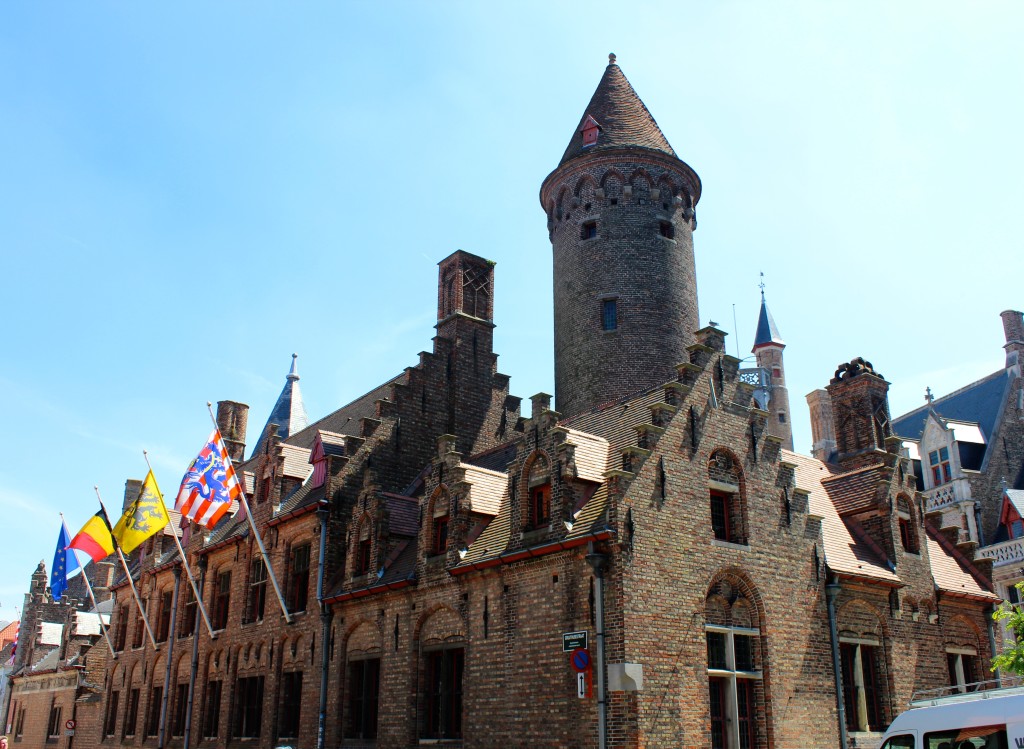 We only spent 2 days in Bruges Belgium, the one thing we noticed about this city was it closes early. To find dinner or a meal after 8:30 was nearly impossible, dinner time was between 5ish to 7. Chocolate and sweets are everywhere, and offered many choices and tasty treats. While up early to see the city, most stores and cafe’s don’t start opening up until late morning. Between the 4 of us who traveled to Belgium, we rented a small house which was lovely as we could split the cost between us. Our friends flew back to England, and we took the train (or well trains), to Rotterdam Holland. Check out our Rotterdam, Netherlands Blog 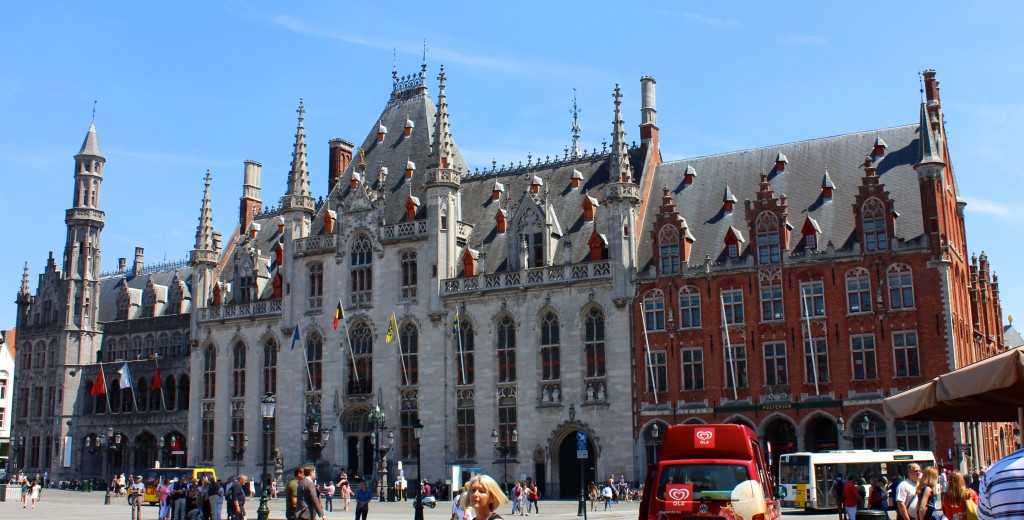