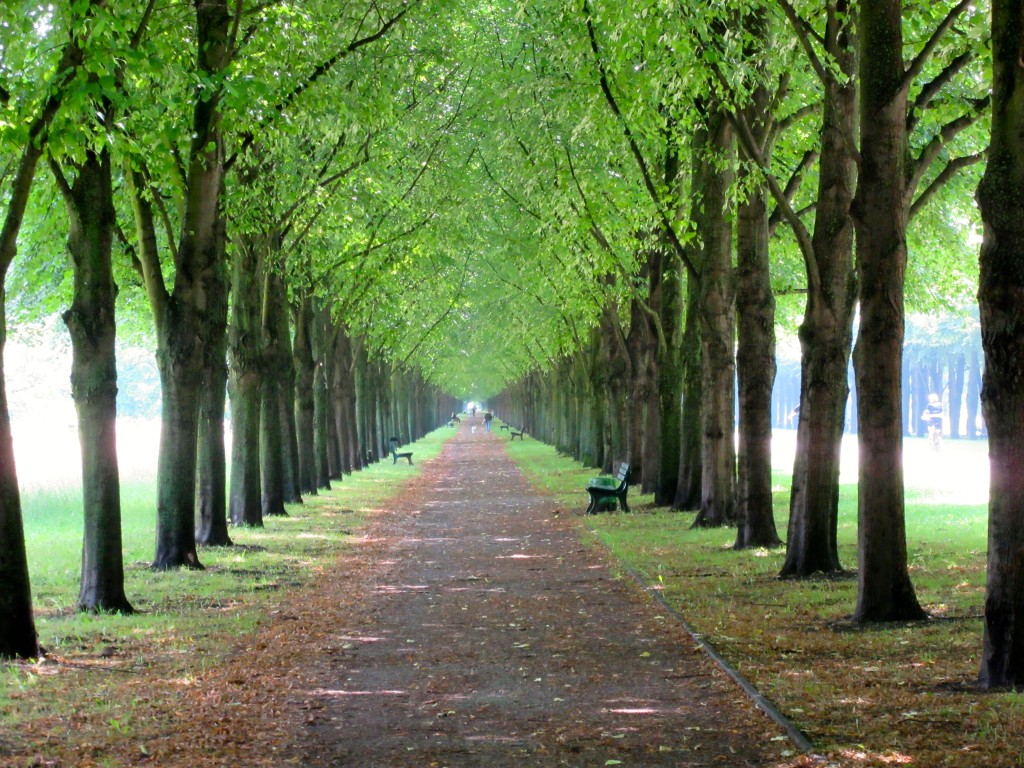 From Amsterdam, Netherlands and heading towards Germany we picked a small town to spend a few nights, and the luck of the draw was Hannover.

We met some amazing friends (Bart & Tania) while in Hannover, and with the local advice they gave us some “must see” ideas while in Hannover. One of which is the Miniature Monument, the Herrenhäuser Gärten, and the Maschsee Lake. 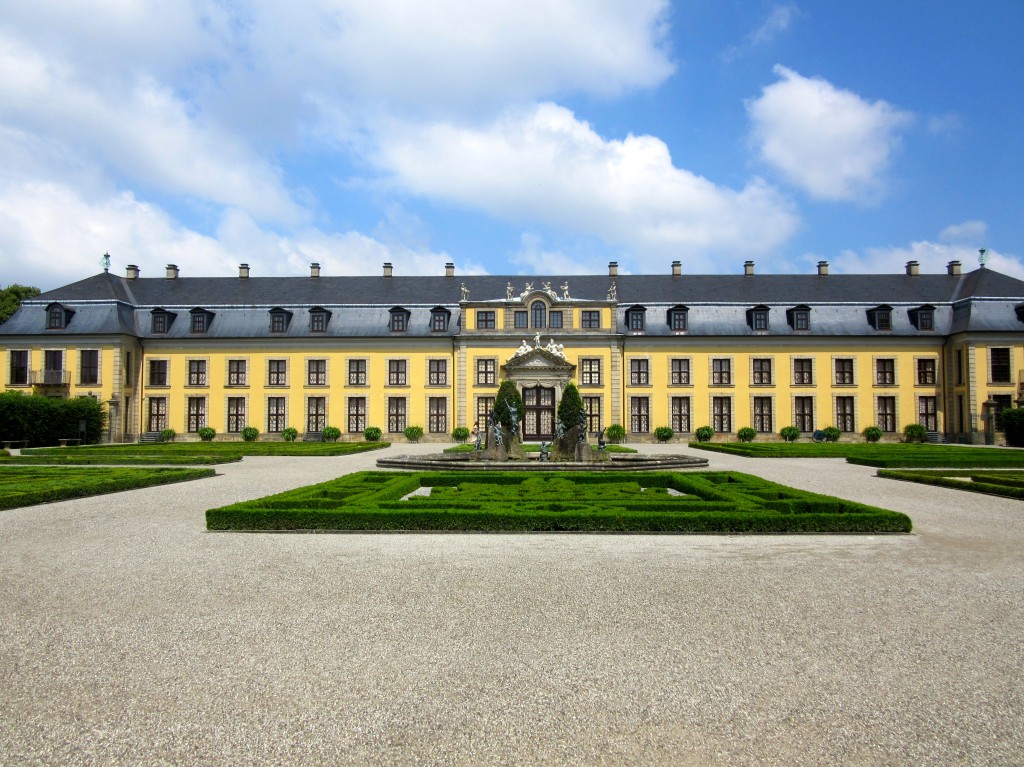 While on our mission to find the Maschsee Lake, we took the wrong turn through a grave yard, and found ourself walking down the longest line of trees ever! And one of those once in a lifetime photo opportunities, (Top Photo). With a beautiful green space beside it, we later discovered we were in Georgengarten. We ventured around and found the Leibniz Memorial hidden among the garden.

After finishing our mission to see what’s at the end of the trees we came upon the biggest garden – Herrenhäuser Gärten (which our friends suggested) and is a 130 hectares of trees, and has over 10 different types of garden designs in it. Also the last of the palace steps that was still saved after the bombings, the queen of england asked that this garden not be bombed because of it’s beauty, but unfortunately it didn’t fair well. The 130 hectares is surrounded by a very tall and large hedge, and moat. We aren’t into the gardens or flowers, but this was breath taking, and a must see if you are in Germany. The garden took the most part of the day, so the lake was moved to the following day. 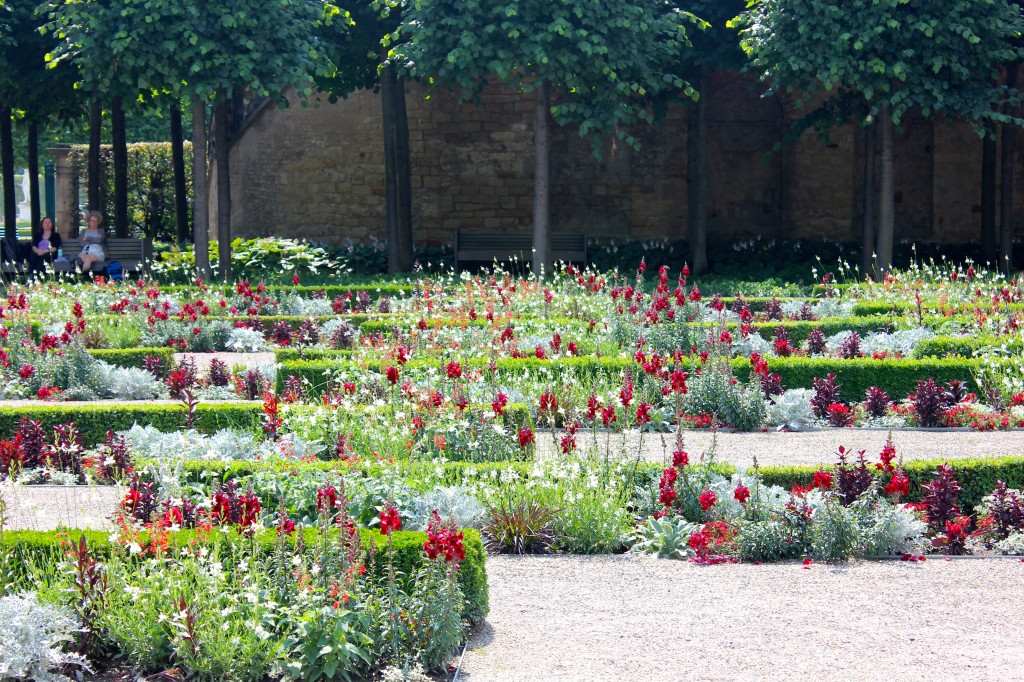 The entrance fee was very reasonable, and it will gain you access to the Herrenhäuser Gärten, Berggarten across the street and the museum. The walk up and down the tree line is also a very beautiful it’s self, but it’s about an hour to walk the whole way.
After discovering where we made the wrong turn, we finally found our way to the lake. With some beautiful weather on our side, we felt spoiled. We came across a penny crushing/collection machine, since we had some spare change we collected few over the couple of days, we were excited too see some collections. 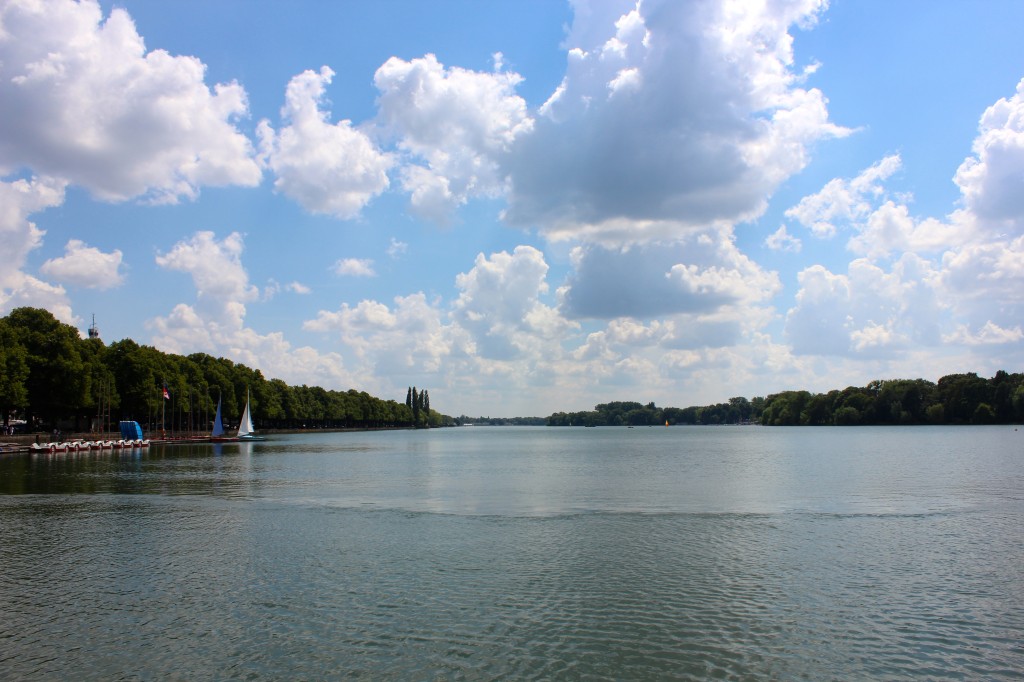 Enjoying a cold draft beer on the side of the lake, we noticed that the fish in the lake were huge!!! And just big and swimming close to the surface, so we could get a good look at them. Watching all the activities on the water, we decided that we should go rent one of the paddle boats which is a Volkswagen Beetle, and see what ’s around on the lake. The lake was busy on the weekend with many people just paddling around, and rowing teams competitng against each other, or a raft building contest, and a kayak/basketball game. 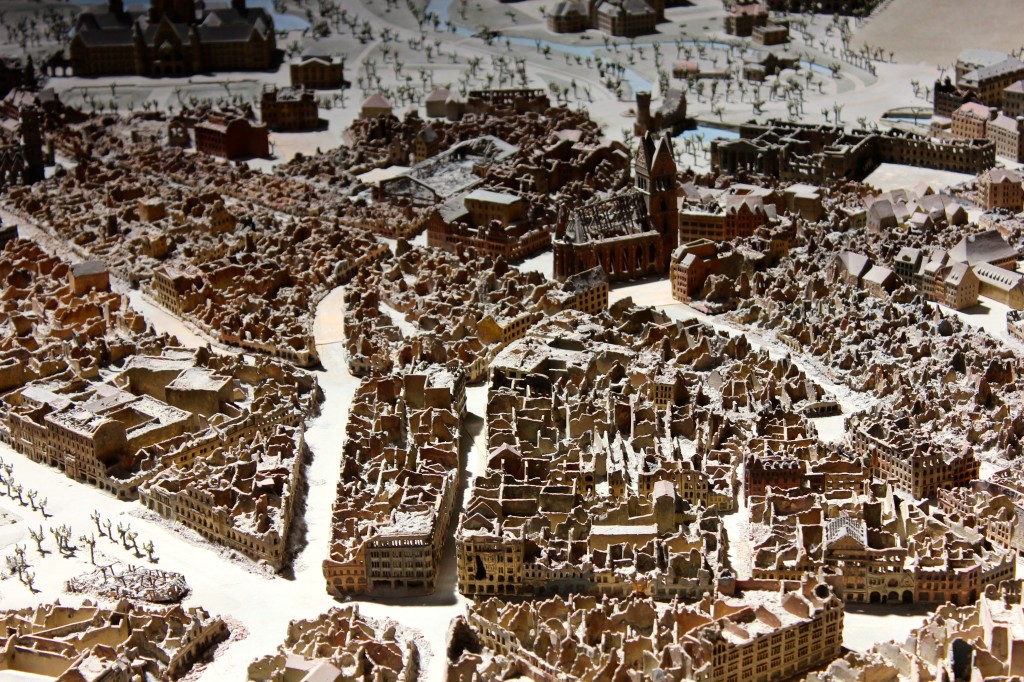 The miniature monument was very neat, to see Hannover grow up, before the bombing, then after WW2 bombings was very devastating to see such destruction on a beautiful town. The monument shows the miniatures in Hannover in 1689, 1939 before WWII, and then 1945 after the war, with 90% of the city destroyed and killing 6,800 people.
Of course, the FIFA World Cup is following us around, and we watched a few games in Hannover, which they made us feel like we were family. Sharing of tables, good times, and food. Great people.
We greatly enjoyed our time in Hannover, we were pleasantly surprised with the city and very grateful we found such a great place, and with some great people as well. Our new friends put faith back into humanity, they were kind enough to cook us dinner on the BBQ at their home, and share their stories, and travel adventures with us. A big thanks to Tania & Bart for your hospitality. The city also has some good old history and the green space is a nice way to relax. Hannover was a stopping point when traveling from Amsterdam, Netherlands to Berlin, Germany while on the train. Check out our blog for the Best Things To Do In Berlin or our experiences about What We Did In Berlin.
[embedplusvideo height=”423″ width=”400″ editlink=”http://bit.ly/1yqcT7d” standard=”http://www.youtube.com/v/vmqGQ89NCKA?fs=1&vq=hd720″ vars=”ytid=vmqGQ89NCKA&width=400&height=423&start=&stop=&rs=w&hd=1&autoplay=0&react=1&chapters=&notes=” id=”ep9278″ /]
History on Hannover: The first trains ran in 1843, and the locomotives from Hannover were exported all over the world, which grew the population form 30,000 to 250,000 in just 50 years (1850-1900). Shorty after 1920s the population grew to 450,000, and the construction of the city library, universities and housing projects started. In 1936 the Lord Mayor Arthur Menge created the man-made lake Maschsee, and the acquisition of the Herrenhausen Gardens. Hannover has the most green space and has the reputation of beginning “The City of Gardens”.