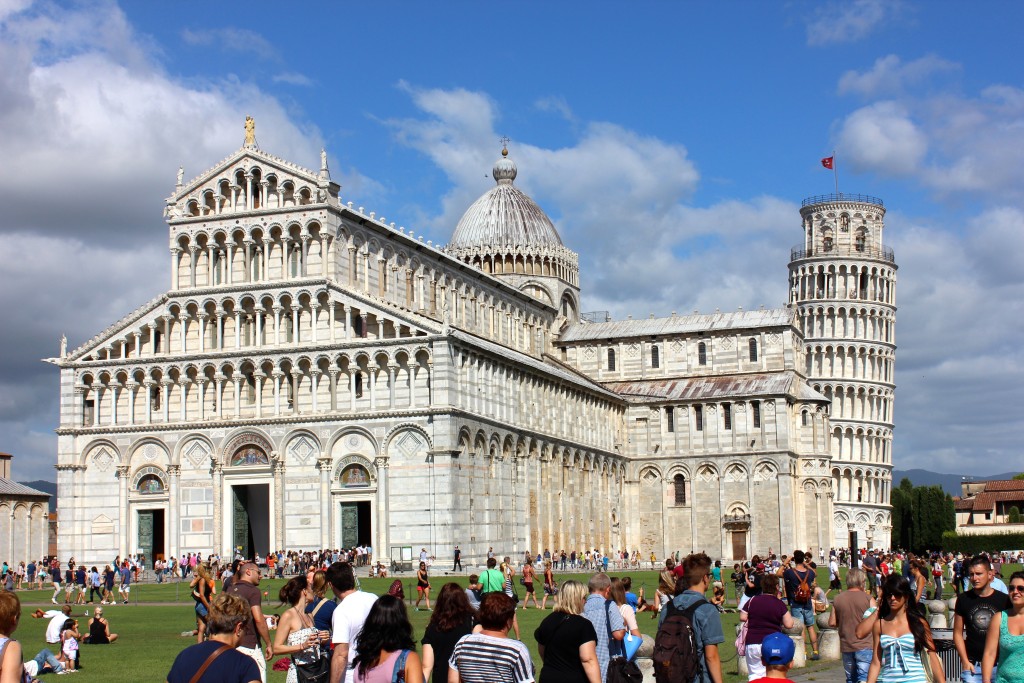 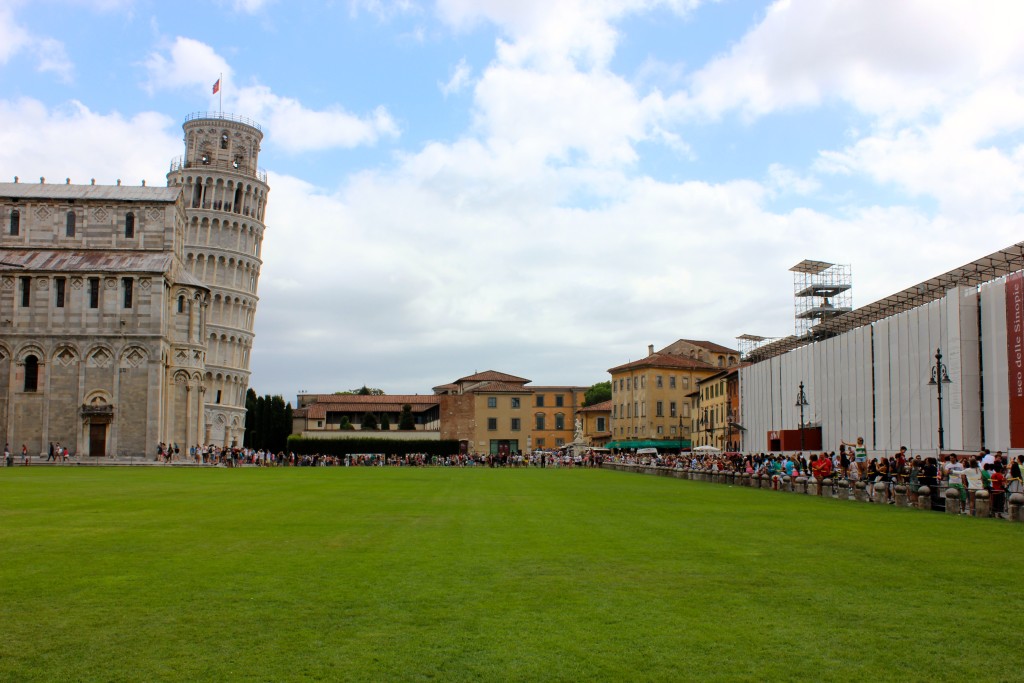 We traveled by train from Venice to Florence and then onto Pisa. Want any Traveling Tips for Venice, check out the link. We were making this a short trip to Pisa, because of the limited time we had to travel through Italy. Plus we left Venice much later then anticipated making everything else hours later then planned. We arrived into Pisa late in the evening so locating and finding food was much of a challenge, but we did find a small pasta place to sit down and relax at. We were saving the next day for exploring around the city of Pisa and best of all the Leaning Tower. 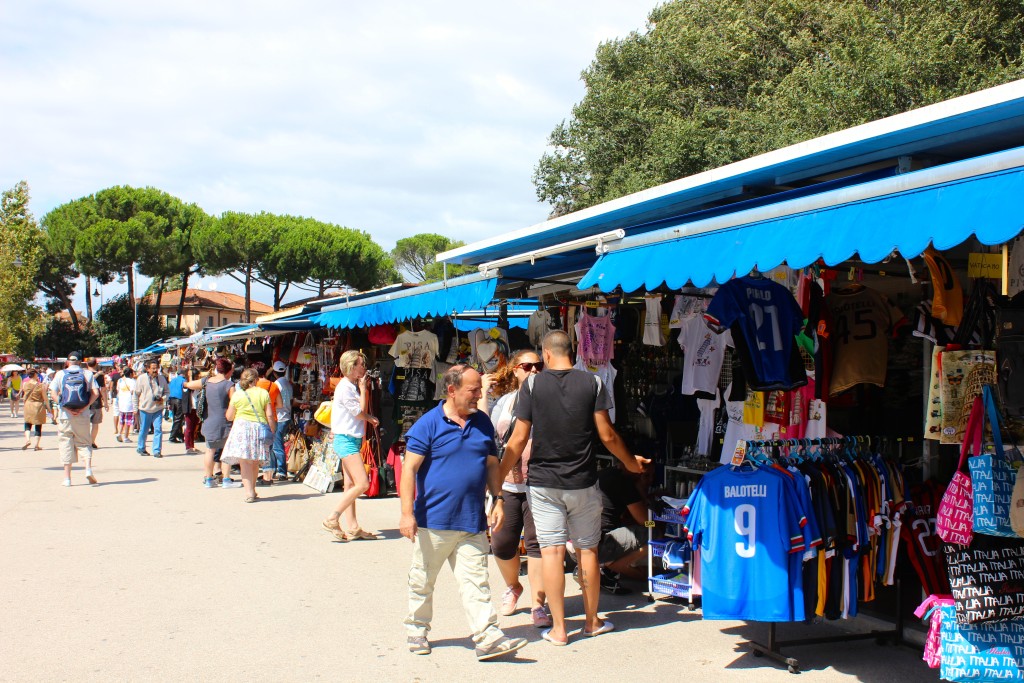 Up early to explore the city of Pisa, we soon found out that the quiet little city we showed up in last night was not the same city the next day! With the mass amount of tourists coming to visit the same thing we came for, the Leaning Tower Of Pisa. Following the crowd of tourists we located the tower, and what an exhilarating feeling to see it in person. You read about it as a child, hear about it over the years, and so many pictures or movies. But to actually see it and admire the building is something special. 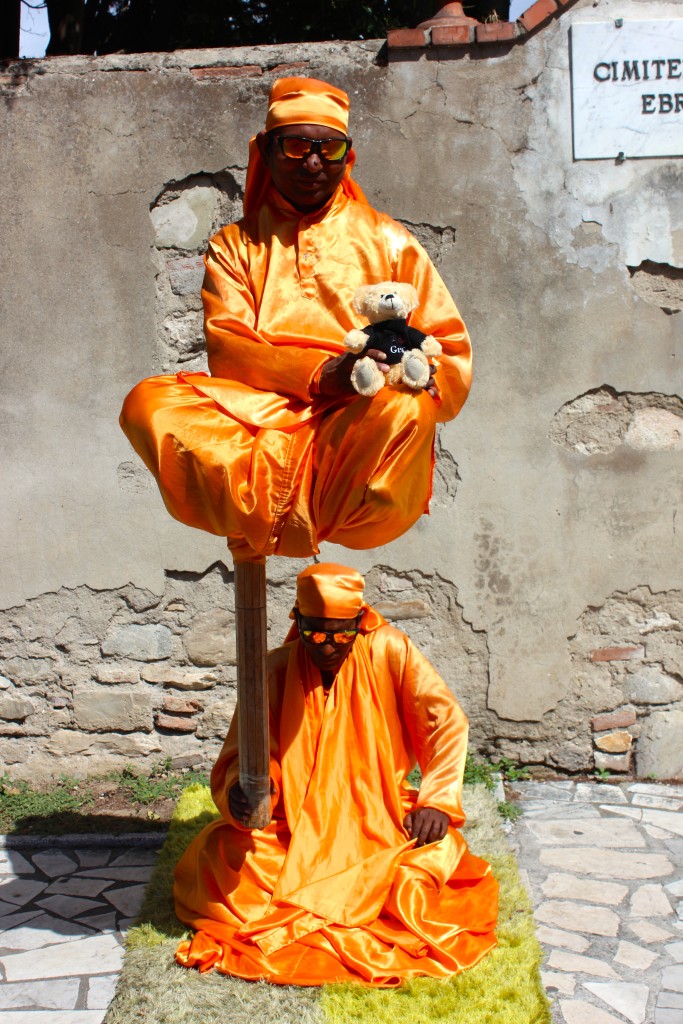 During our day light hours we walked around the city, checked out the local market selling so many souvenirs. In Pisa, we really notice the amount of “sales” people coming up to you on the street to sell you some “designer” something, don’t buy their story. It’s mostly fake items they are selling at a premium price, but it doesn’t hurt to look at the products for sale. Something we didn’t see on the Europe Trip until Pisa was the cool and neatly dressed up people for the tourist to admire, and to earn a buck or two. The best one we came across was the guys in orange, it has you stumped when you actually think about it. How does he sit on the little wooden stick that is held by the guy on the bottom?! So we threw them some euros to take a picture of them with Graz our teddy bear. 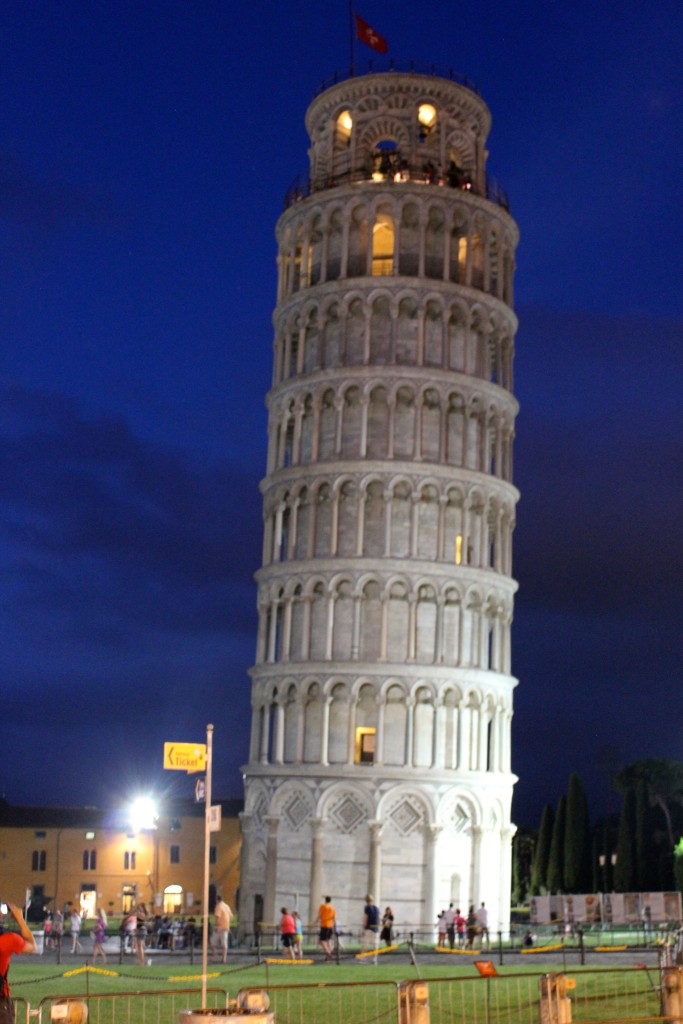 We took some quiet time away from the main tourist area to explore and wait until the crowds of tourist head back to their destinations before taking the last walk down to the Leaning Tower. The evening life is very popular and exciting when down at the Tower Of Pisa after dark, with more souvenir shops set up, and the restaurants are much more active. We were lucky enough to sit in one of the many busy restaurants beside some gentleman from the United States. Always makes for an interesting conversation with our neighbours to the south, because of how we view & do things are different depending on what side of the boarder you are on.

Visiting the tower at night has a much quieter and relaxed feeling to the city. We had the pleasure of sitting on the grass, (which is not allowed at all during the day light hours because of security) Tyler decided that maybe, just maybe…. he might want to keep his travel partner, and ask Melissa to marry him, with the answer “YES!” The next question, is what country to get married in now?

We continue to head south, see what you can do with a 2 Day Adventure In Rome, or check out Tips For Rome. 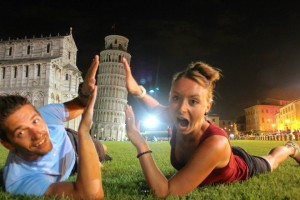 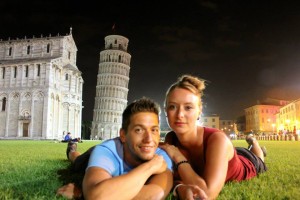 The background story on the engagement ring: purchased in Calgary, Alberta 2 days before we left on the Europe Trip and packed around in Tyler’s wallet. That wallet was more often then not put in the camera bag that was always slung around Melissa’s neck every day. Only to find out she carried her engagement ring half way around Europe before she finally put it on her finger!