From the Punkva Cave to the Top Secret War Cave aka Vypustek Cave we were on the next adventure. Between the two locations we stopped in a small town called Krtiny, to grab a quick bite to eat. Our guide suggested a really good local restaurant, and continued to educate us on the Czech Republic today and the Czech economy it once was. It was very interesting to hear his side of the story about growing up in Czech. The Top Secrete War Cave isn’t a very touristy cave to visit unless you are from Europe or interested in military history. 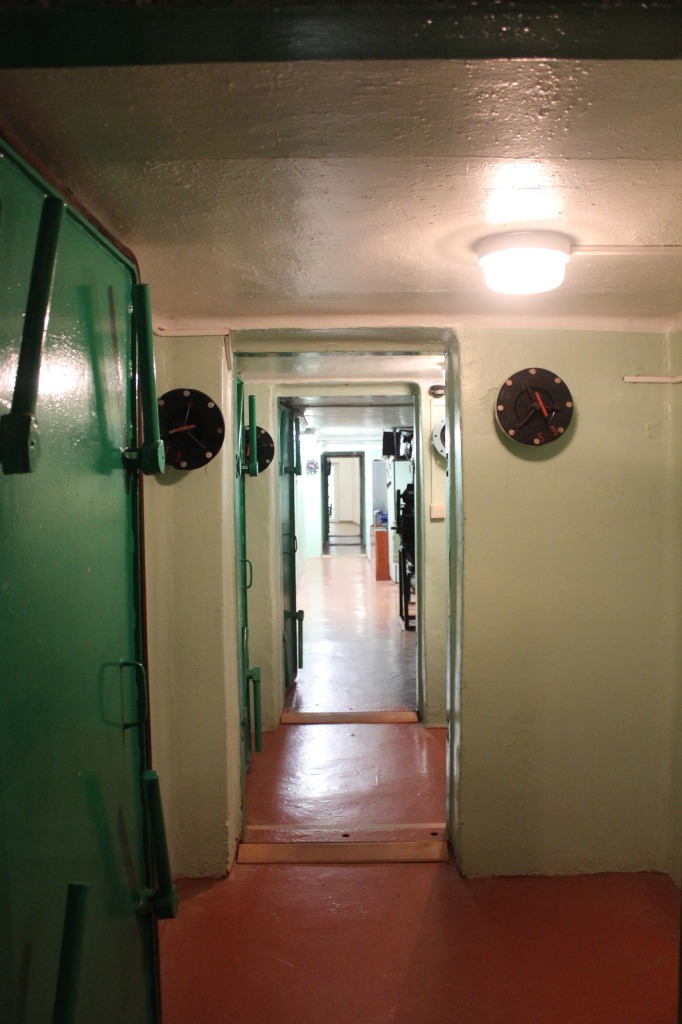 The Vypustek Cave was an experience all on its own, and something we are extremely glad we did! The ticket office was kind enough to lend us an english book for the tour which explained what our tour guide was explaining to the group, and also the history of the cave. Just before the cave tour began, we put on the extra layer of warm clothing, because this cave wasn’t much warmer then the previous one. This cave is if 1 of the 1,100 caves in the Moravian Karst, and only a handful of them are accessible to the public today. These caves here were formed many millions of years ago from the streams and rivers, which carved through the limestone. From the prehistorical period, they have discovered bones from cave bears and cave lions! Today you can find them in the Natural History Museum located in Vienna, Austria. It’s a must see museum! 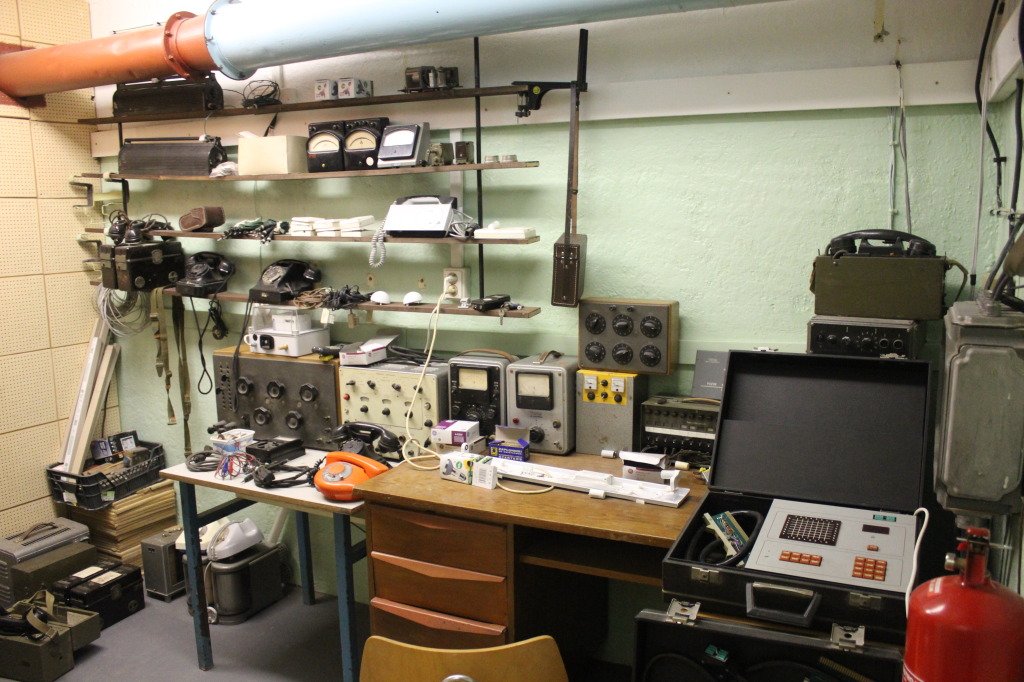 The history part of this museum starts in the early 1930’s when the First Republic used the cave to dump all the ammunitions, which was then removed by the Germany Army in 1939. 1943 the German Army moved into the cave full time, destroying much of the cave to fit their needs, making the cave into an underground production factory for airplane motors. The factory consisted of 2 shifts of 12 hours with a total of 600 people. When the war ended in 1945, they packed up the project, destroyed the factory and burnt the remains in the cave. After the Germans left, the locals salvaged what they could, moved some machines to Brno, and kept what was behind for them selves. 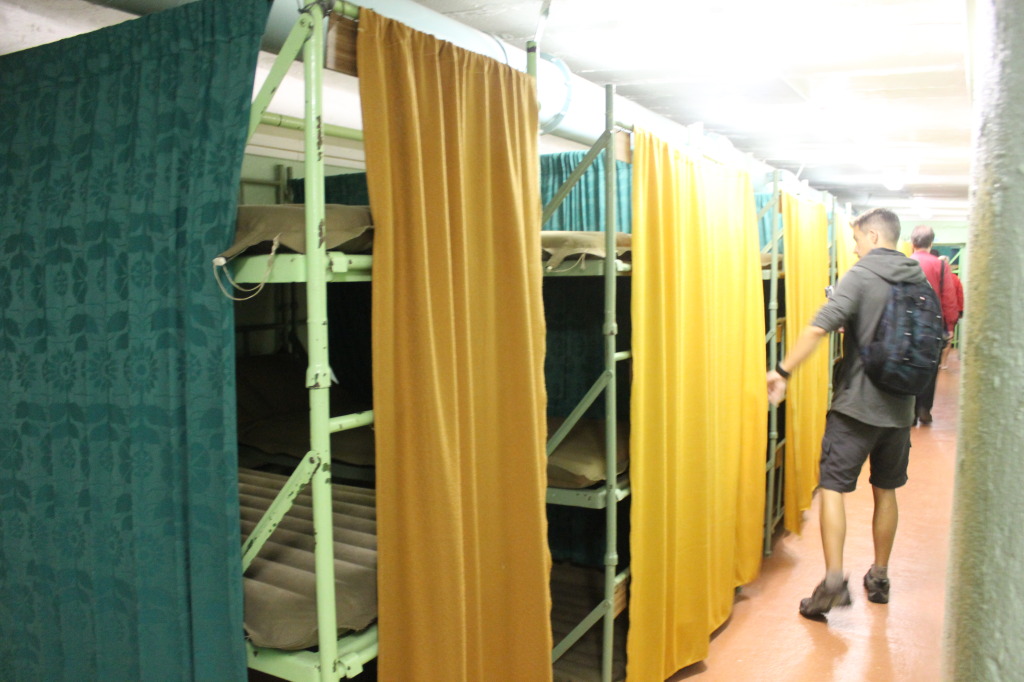 Finally in 1961 the Czechoslovak Army moved in because of the Cuban Missile Crisis. Creating a new bunker to house 250 people incase there happens to be a nuclear missile strike, but also as reserve command centre if WWIII happened. This facility contained 6 different parts, all with working equipment still to this day. First you enter into the sanitary room, entrance corridor with toilets, sleeping bunkers for 125 people (half of the 250 people would sleep while the other half work), logistics hall, work space for the specialists, commanding rooms, and the emergency exit. This cave was also used up until the end of the “Cold War” around 1991, which would allow them to command the entire army from within the cave. But when the tension released and the cave wasn’t needed to command the army, only a select few officers were allowed to know of the the “secret” and had to keep the cave operational. This cave was used by the Czechoslovak Army until 2001 as a secret cave!!! 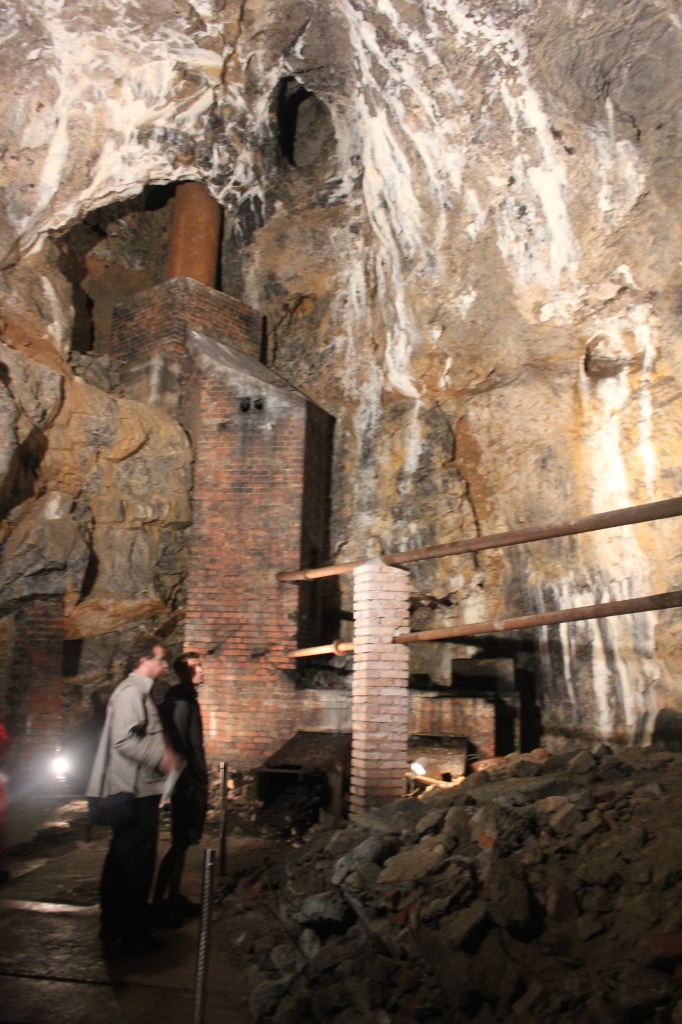 The soldiers in the cave survived off of water stored in reservoirs, which lasted about a week, the backup water source was to pump the water from the bottom of the cave up to them. The water was also used the cool the air condition units, which also cleaned the air incase of any contaminates such as chemical war. The kitchen was very basic, used primarily to warm up food. Communicating to the outside world involved encoding your messages. The temperature of the cave while we visited was about 10’C, but when the German Army was here the boilers would provide hot heat and supply the warm air through the channels to the whole factory which could reach 20’C. The cave also includes a back-up generators which came in the mid 60’s and are still functional today.

To hide this secret cave and location from any spies or curious onlookers, the Czechoslovak Army disguised it as a holiday attraction, so you would find a tennis court, a sand pit, etc. The locals were only informed that it was the storage area for the army sanitary materials, to keep them away. The army also included outside security with a strategic plan to keep security tight, and those soldiers on patrol did not know what they were guarding or protecting, only knew it was “Top Secret” 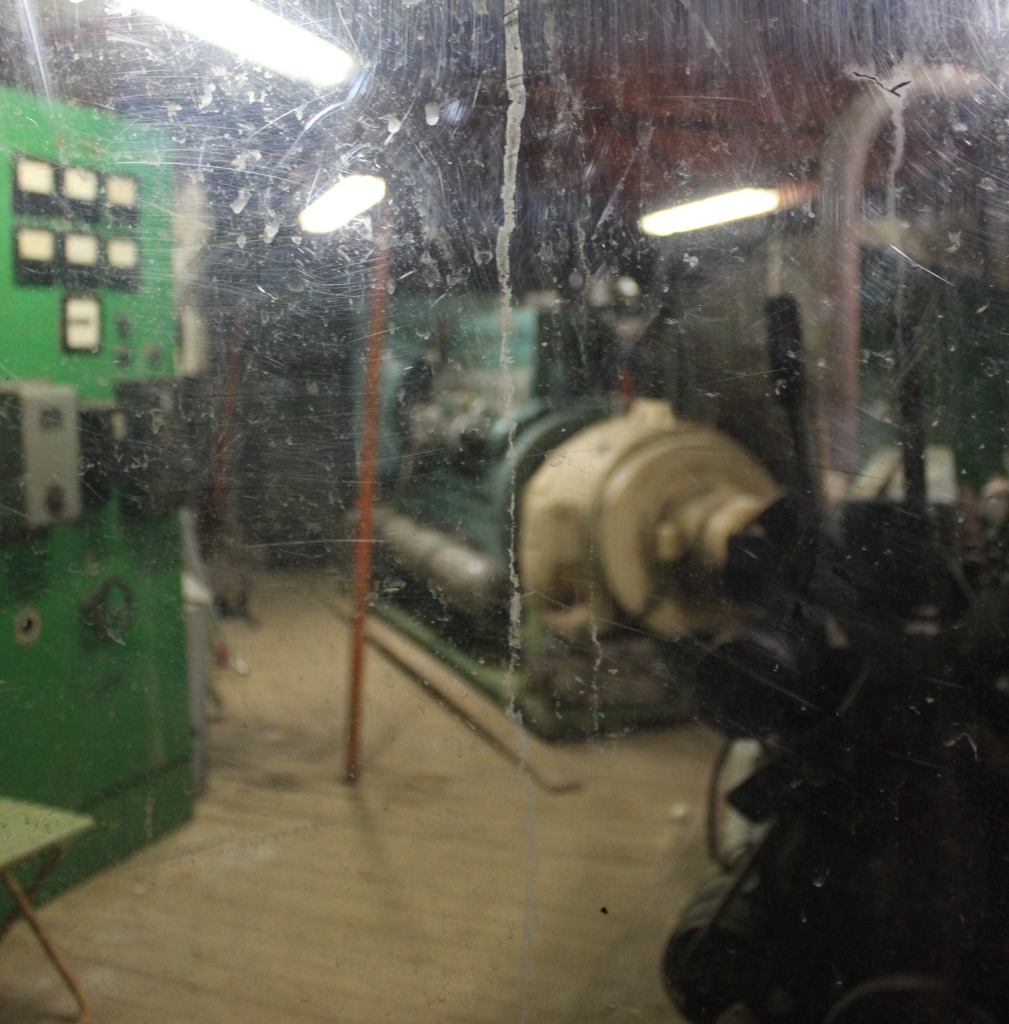 Much of the stalactites were destroyed in the cave, originally from Liechtenstein family who wanted them to create their own artificial cave under the castle. And again from the Germans burning the cave, then building bunkers. But you can find new growth (the white) in parts of the cave from the last 40-50 years, it’s not much only couple cm. There is other parts of the cave that are not destroyed and are much nicer, and include some very impressive stalactites.

This Vypustek Cave system had a total of 9 abysses inside, but only 1 is open today and reaches all the way down to the Krtiny Stream about 40 ish meters down. So very cool to see the nooks and crannies below the floor and above you in the cave, we can see why cave exploring would be so cool. During 1939 Mr. Urbanek discovered much more underneath the existing cave today, such has a large 120 meter long lake with a waterfall, but the entrance has disappeared and no one has found it since WWII. How cool is that? Maybe it’s another Top Secret location? 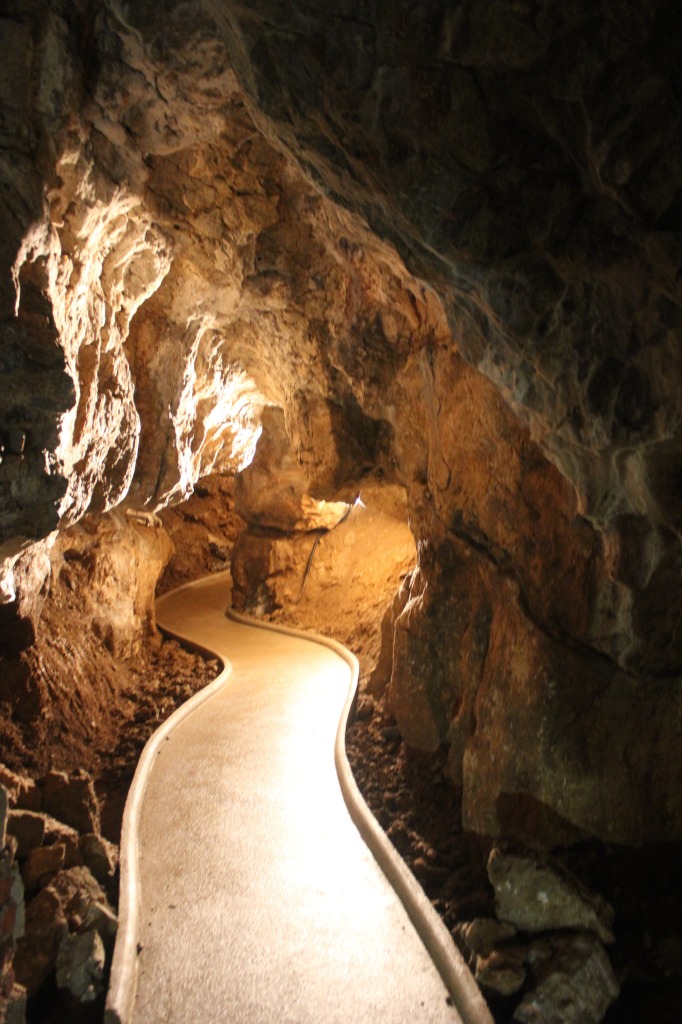 In only 2006 the cave was released to the Ministry of Environment and the Czech Republic, which soon after in 2007 was open to the public for tourism purposes and to share the secrets of the cave. The location of this cave could be reached by a day trip from Prague if you desire, a must see if you love this kind of thing.

Thanks for reading our blog(s).