Well… here in Canada we really do watch hockey, and have a passion for the sport! So when time and money allow it, we catch a live hockey game in the big city, Calgary! This season we had seats from a good friend Patrick to watch Calgary Flames vs. Buffalo Sabres with a 7:00pm puck drop. 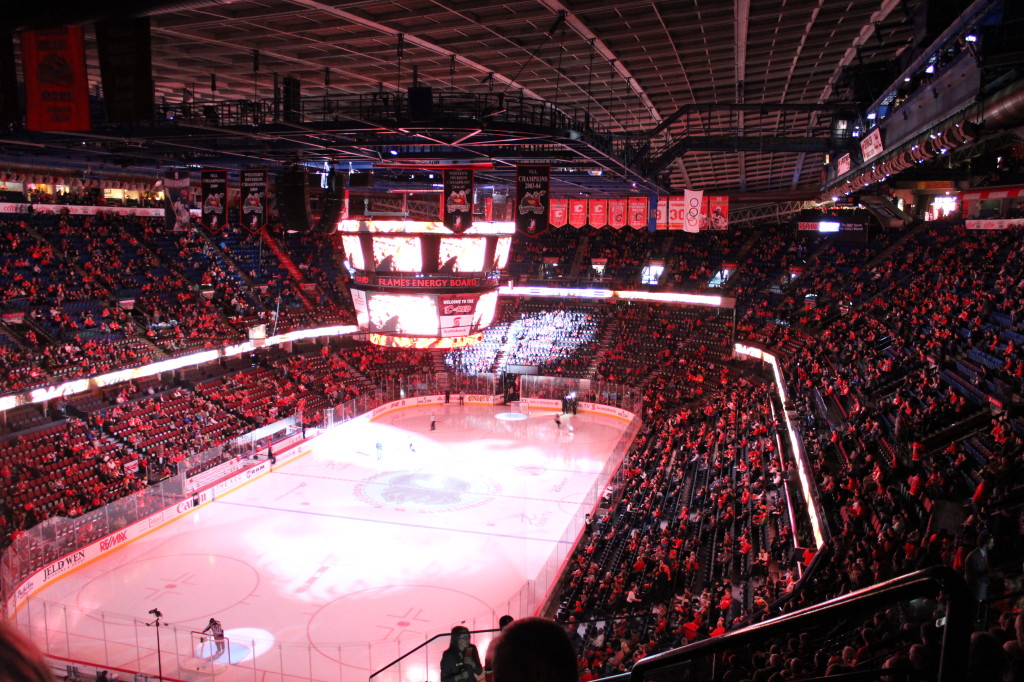 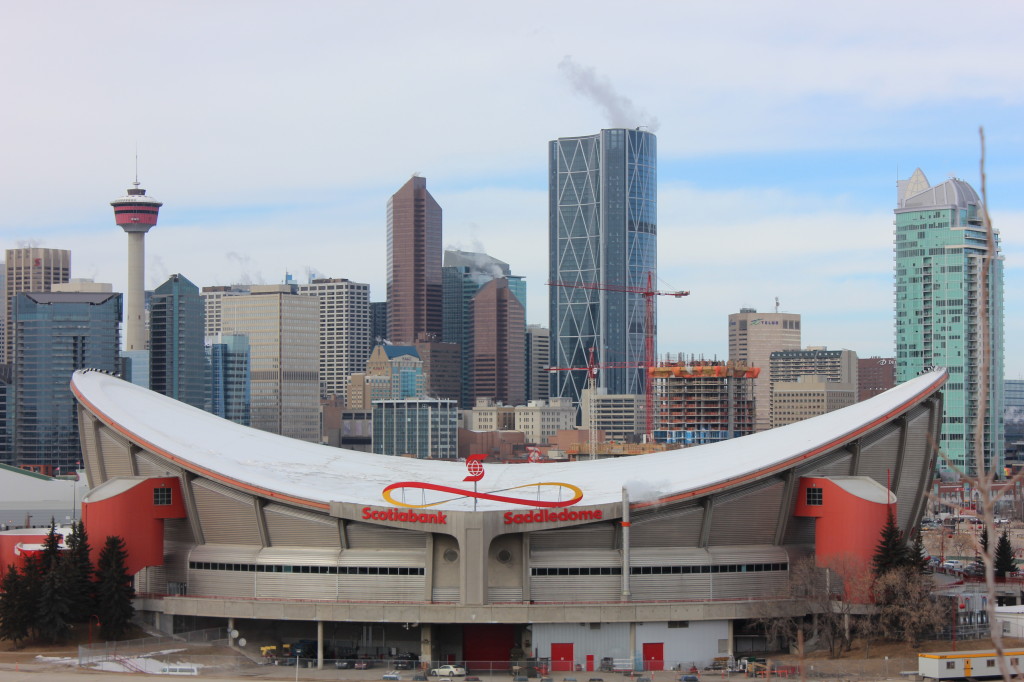 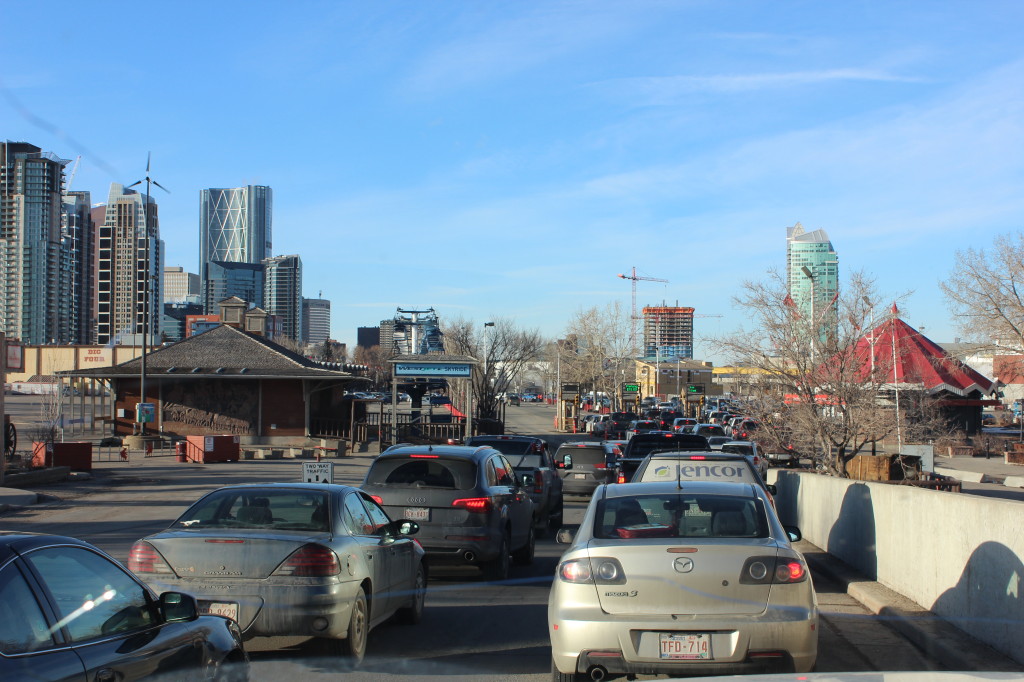 We are lucky enough to have the local LRT (Light Rail Transit) system in the City of Calgary for easy and cheap transportation, which is consistently growing to cover the ever expanding city. Of most big city transportation system, this must be the easiest and simplest to use! However we have to commute into the city, from the neighbouring town. There for we have to deal with the line up of traffic, accidents, rush hour, road construction, etc! 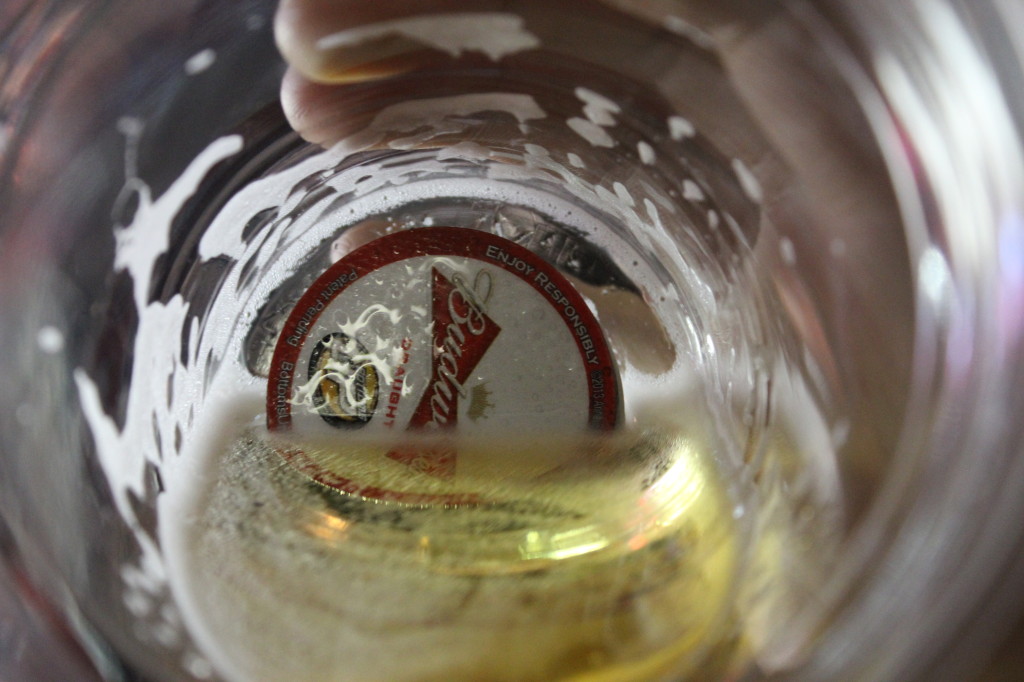 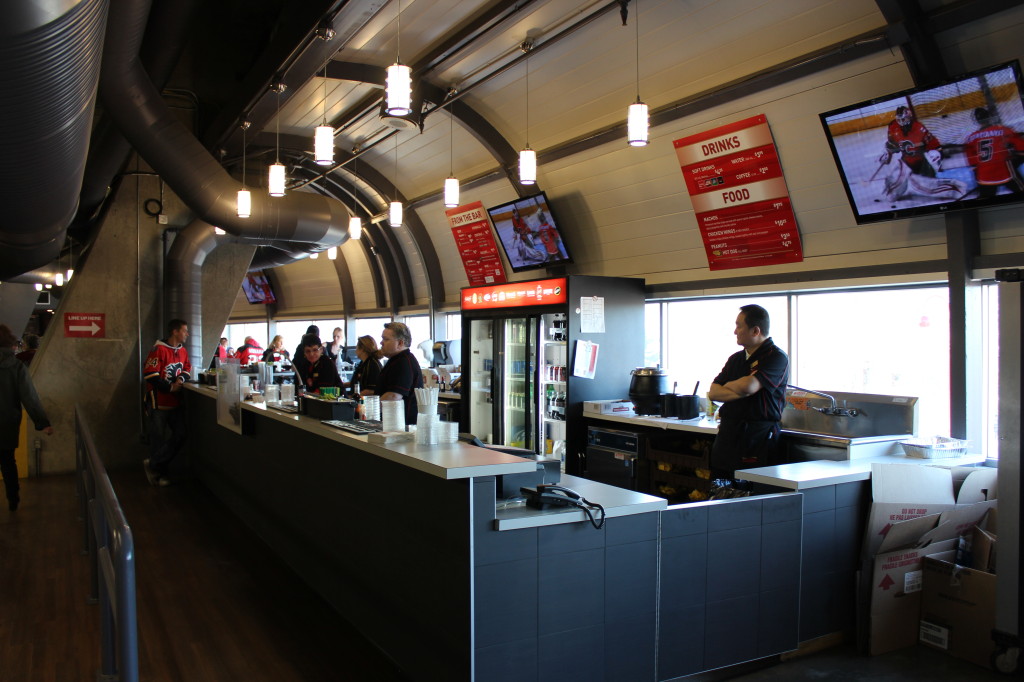 Once inside, the buzz of the crowd starts warming up as game time nears. For a premium price you can pick up some “heroin” draft beer (as the locals call it) or any other beverage of desire. If the tasty smells are overwhelming there is a large variety of food available and some tasty treats or goodies. Something new this year is on the bottom of the plastic cups are magnetic Budweiser’s. And the metal detectors when entering the building. 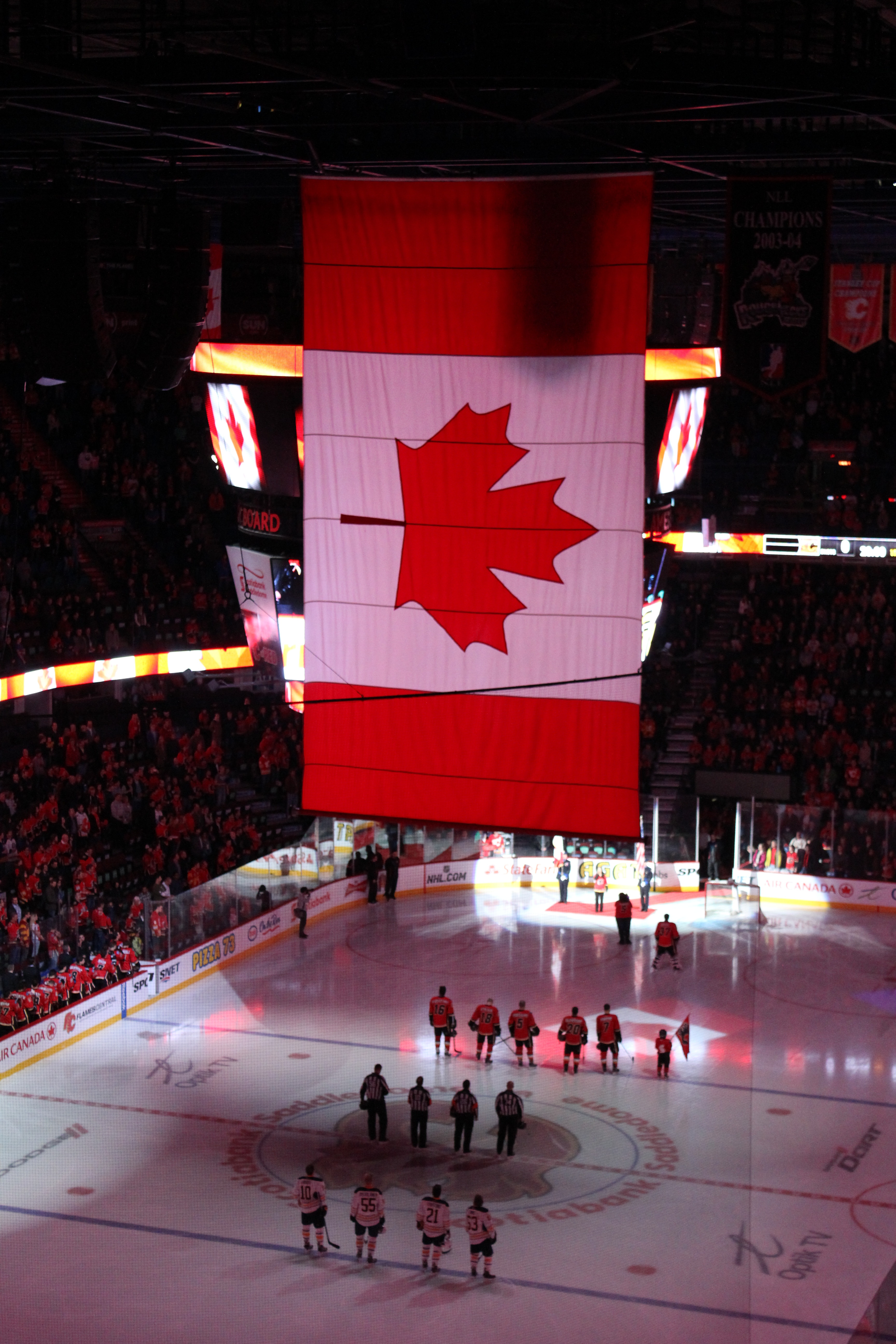 The beginning of all hockey games starts with the national anthem of the teams playing. For us it was the American anthem followed by the Canadian anthem (Buffalo, New York state, USA and Calgary, Alberta, Canada). Which in the Saddledome the Canadian anthem is usually sang in unison, cause we are proud to be Canadian!

From there the puck is dropped, and we watch as the 2 teams battle over the small black rubber object on the ice for 3 periods at 20 minute intervals.

FIRST PERIOD: Nothing too exciting, the Sabres got the first goal at the 13:22 minute mark by Drew Stafford

SECOND PERIOD: Another slow period until 1 minute left, Joe Colborne from Calgary scores and ties it up!!!! Now we are in the game and on the board.

Flames wins 3-1 against the Sabres 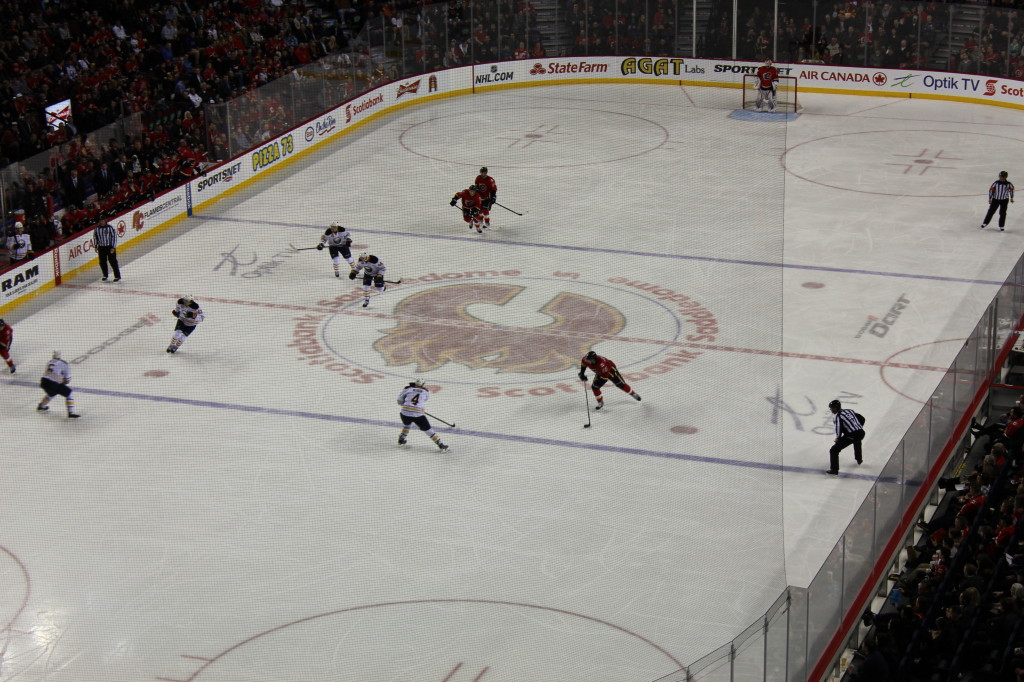 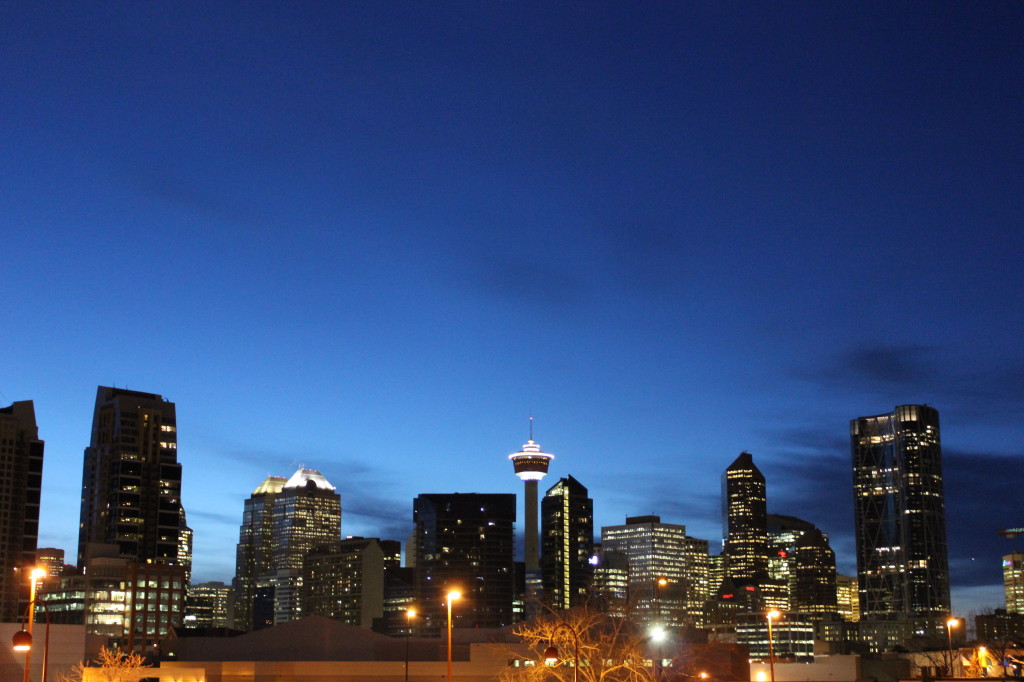